Although source separation (separating distinct and overlapping sound sources from each other and from dispersed noise) in a small, quiet lab with only a few speakers usually produces excellent results, such a situation may not always be present. In a large reverberant room with many speakers, for example, it may be difficult for a person or speech recognition system to keep track of and to comprehend what one particular speaker is saying. But using source separation in such a scenario to improve intelligibility is quite difficult without having external information that in itself may also be difficult to obtain. 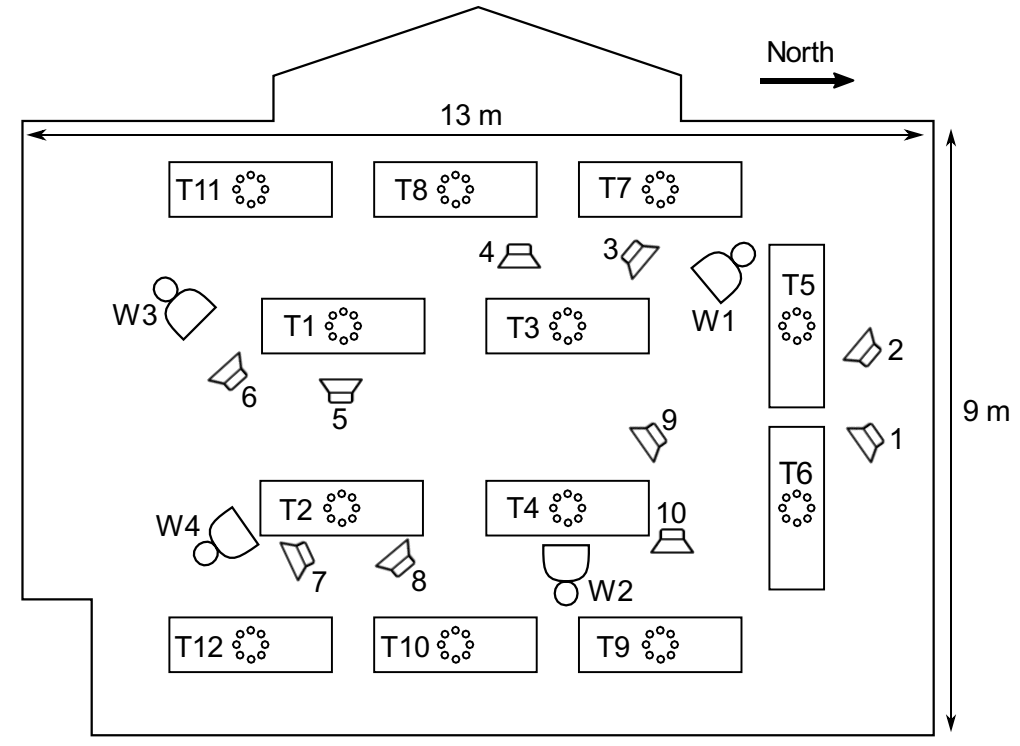 Shown above is a diagram depicting the setup for the Massive Distributed Microphone Array Dataset. Of note is the fact that there are two distinct types of arrays – wearable arrays, denoted by the letter W and numbered from 1-4, and tabletop arrays, denoted by the letter T and numbered from 1-12. Wearable arrays have 16 microphones each, whereas tabletop arrays have 8.