Back to Accessibility Feature Documentation 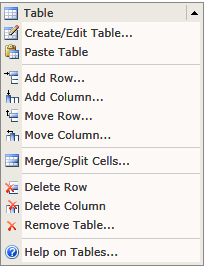 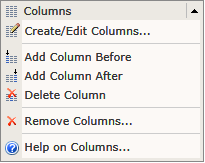 All tests above pass HTML Validation, FAE, WAVE, AChecker and Tenon.io, except that AChecker incorrectly (?) reports that Test 1 requires id and headers attributes.

In tests 2-4, JAWS (15) does not read row/column headers that are not marked up when using table reading commands.

Are all of these “accessible”?

There seem to be two contradictions in the W3C references above:

Besides obvious accessibility reasons, keeping data table <td>s from being merged keeps it in an importable machine readable format (e.g. into Excel).

All tables must have <th>s: both column and row headers.

Columns (complex non-table based layouts) would be a template-based feature and be available for list objects (multi-column list). Also, we’ll expose some options to apply CSS 3 multi-column properties to some objects (like lists). Also, may be able to handle some CSS visual layout (saving vertical space) using inline-block/auto-width.

We may want to expand this a bit to something like an “advanced layouts” menu that will insert some template content with stubs into the page. For columns it might be:

We could inject some CSS <style> tags into the page to make it look okay with some default styling, but also give an option to toggle that CSS output off, in case the end user has added their own CSS to their site styles for this (or, additionally, and maybe preferably, have them include their custom styles so that it’s rendered the same-ish in the WYSIWYG as in the end-user view).