Chicago-based artist Matthew Woodward will be the featured artist in our inaugural 8-hour live-drawing event on March 14, 2015.

Woodward will also be giving a lecture on his work on March 13, 2015 at the University of Illinois at Urbana-Champaign.

Matthew Woodward was born in Rochester New York in 1981. He was educated at the School of the Art institute of Chicago (BFA ’05) and the New York Academy of Art (MFA ’07). He is an instructor of Art at Dominican University and has given numerous lectures at schools and colleges throughout the United States.

Currently, Woodward lives and works in Chicago. He is represented at Linda Warren Projects. An exhibition of his work is currently scheduled for The Hyde Park Art Center in 2017.

My work searches the rote design logic of mechanically reproduced architectural ornamentation. An ornamentation which, originally meant as a cultural communicator, had been multiplied and repeated to a point that exhausted them of meaning as iconographic objects. My work attempts to excavate from an oft repeated utilitarian agency a formal material life that has been buried away in anonymity. In this way, then, the ornament is able to return from the dead, artificial and negating permanence of serial reproduction, and assume its original purpose as monolith, as cultural monument, a status it no longer covets. And inso doing, the works reintroduce to the built environment a performance of the very material life -the activity of ideas- that human recourse once sought to signify.

Melanie Johnson is an Associate Professor of Art & Design and Foundations Coordinator at the University of Central Missouri. She received her MFA in Painting from Indiana University.

Johnson’s work consists of large-scale figurative drawing and painting and deals with psychological narrative themes. Her work has been exhibited regionally, nationally, and internationally. She is currently an Artist in Residence at the Charlotte Street Foundations Studio Residency Program in Kansas City, Missouri.

Johnson lives with her son, two dogs, and two cats in Kansas City.

Drawing is a vehicle, here used as a medium to construct stories and as a forum to exercise the physical process of finding those stories. The work is representational—it is easy to discern what is being depicted. As such, the drawings convey to the viewer recognizable imagery, and there is immediacy in that recognition. Each drawing is also a record of the history inherent in its own manifestation. In a very basic sense, it is a record of the act of looking, of touching, and of constructing meaning through relating one mark or image to another over a period– a physical testament to the passage of time and a series of visual decisions. I am interested in the simultaneous read of an immediately recognizable image that asks the viewer to linger over a history and meaning that unfold more slowly. 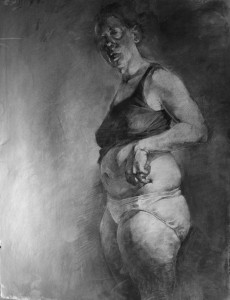 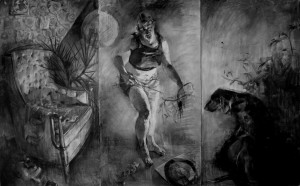 Langston Allston, local artist and alumnus of the University of Illinois at Urbana-Champaign’s painting program, is participating in our 8-hour live-drawing event. Allston’s work can be seen around Champaign-Urbana, such as the large bike mural in downtown Urbana in the alleyway behind the [co][lab], between Courier Cafe and Siam Terrace. He’s spent the past year working on murals and public art in Rantoul, East S. Louis, and Decatur.

Interview: Interview with Langston courtesy of ART/BTS (Behind the Scenes), produced by Illinois Public Media. 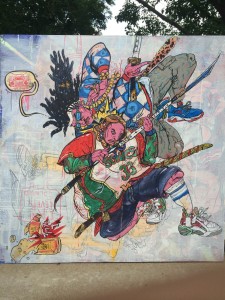 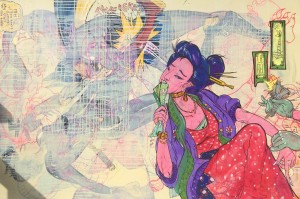 Born in 1987 in South Korea, Heelim Hwang is a young emerging Korean artist. Hwang earned her BFA degree at the School of the Art Institute of Chicago in 2012 and she is currently enrolled in the Master of Fine Art program at the same school. Some parts of Hwang’s works are extremely decorative, integrating patterns into space with saturated colors. Hwang attempts to create visual atmospheres that allow for complex and contradictory influences. She pulls from various sources of inspiration, including Indian miniature paintings, biological structures, children’s toys from thrift stores, and over-saturated neon lights of Seoul.

I locate my work through a triangulation of painting, collage, and cut-out. A variety of images and symbols in my paintings are drawn from the structures in the world, visual influences of my childhood (born in South Korea) and the shared culture. My paintings borrow, in various degrees, from kitsch, the iconic compositions and figure ground play. I attempt to create works that suggest a capacious view of painting incorporating styles and references from high and low, East and West through interweaving virtual and physical working method. My recent paintings (untitled1,2) are rigorously maintained and largely privileged over digital output. I am interested in looking at the interaction between the digital and the manual modes in treatment of image. I think a lot about a mess of images floating around on the internet and I am interested in pulling a type of physical response from something immaterial. My process gets initiated by making a preparatory work through cutting and pasting the archived printed matters on a piece of paper, to be scanned and Photoshopped until the distinction between the layers blur. After the digital editing, the result is blown up and printed on a primed canvas fabric. In yet, another stage of constructing a painting, the printed out image gets slightly retouched with hand. In my practice, the act of painting is similar to that of photo editing on a software program. My works suggest a way of perceiving the world in which we are living in a particular set of circumstances that seem really tied up with digital technology and the way it influences our modes of seeing. 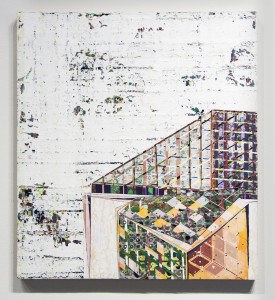 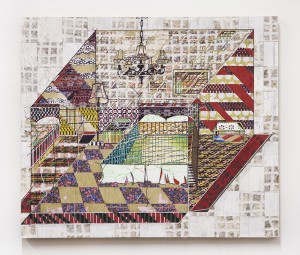 I am a divergent thinker. I consider process first and product second. I find content and meaning through making work, rather than planning a solution to a defined problem. Over time, themes coalesce through the images, and I can verbalize the ideas dwelling in the artwork.

In my latest series of drawings, I begin with the observation and fragmentation of common objects. By using the contours, shapes and surfaces of things, I create an abstract organization that evokes a larger pictorial space. This is a space populated by visual tension. I intend for them to evoke a sense of movement, perhaps upheaval. This visual movement and tension is a record, or perhaps a kind of map, of mind.

I want to be surprised by the transformation in my drawings. For this reason, I spend a good amount of time exploring various means of drawing. In my current series I use graphite, mineral spirits, watercolor and ink. Some of the contours are drawn on the paper, while some are made by relief. I am interested in revealing the application of materials in the finished drawing. 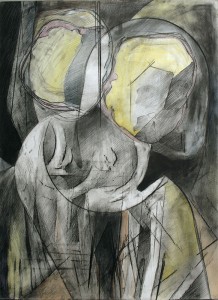 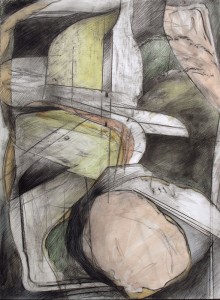 Sara Paige Hoag is currently pursuing a masters degree in Fine Arts at the University of Illinois Urbana-Champaign. She specializes in painting, but she also like to explore other areas in new media (video and programming).

Artist Statement: to be posted soon 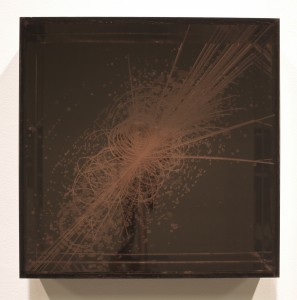 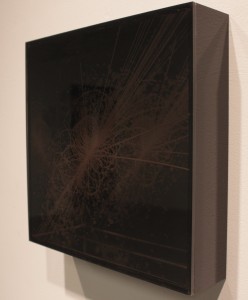 Bullock is an MFA candidate in Visual Artists at the Sam Fox School of Design and visual Arts at Washington University in St. Louis, Missouri. He received him BFA in Art Studio with an emphasis in painting and drawing from the University of Kentucky. 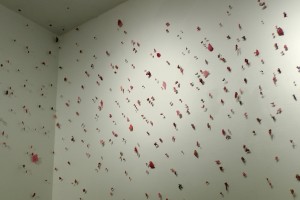 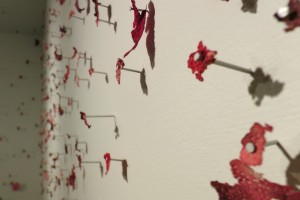