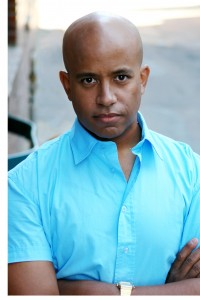 Minister Faust (Edmonton, Canada) is the critically-acclaimed author of The Alchemists of Kush, and the Kindred Award-winning and Philip K. Dick runner-up Shrinking the Heroes. His debut novel, The Coyote Kings, was shortlisted for the Locus Best First Novel, Philip K. Dick, and Compton-Crook awards. His work has appeared in numerous anthologies, and his articles have been published widely, including in iO9, The Globe & Mail, and Greg Tate’s Coon Bidness. Minister Faust has taught at Clarion West and Shared Worlds, and presented at the Science Fiction Research Association Conference (Detroit, 2012), and at Georgia Tech on the topic of Afrofuturism, Imhotep-Hop, and the Canada’s national journey of multiculturalism. He taught English literature in high schools and junior high schools for a decade. A former national television host and associate producer, Minister Faust also hosted and produced Canada’s longest-running global African news and public affairs programme, Africentric Radio (originally The Terrordome) for 21 years. He is currently finishing his War & Mir trilogy and a book-length Africentric analysis of The Wire. 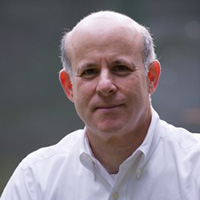 Perry Goldstein (Professor of Music, Stony Brook) is the composer of Should This Be Found: Six Songs on Scott’s Final Expedition, with a text by Richard Powers. 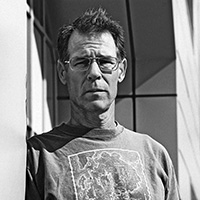 Kim Stanley Robinson (Davis, California) is a science fiction writer and Hugo and Nebula award winner. His work delves into ecological and sociological themes, and has been praised by reviewers and critics for its contributions to contemporary literature as well as to science fiction.  In addition to the Mars trilogy, he is the author of the Science in the Capital trilogy, the Three Californias trilogy, and 2312. 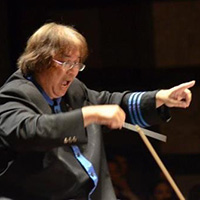 Somtow Sucharitkul (Bangkok, Thailand) is a novelist, composer, and artistic director of the Bangkok Opera. He has written many award-winning science fiction and horror novels, as well as five symphonies and five operas. His fiction includes Inquestor, Mallworld, and Jasmine Nights. 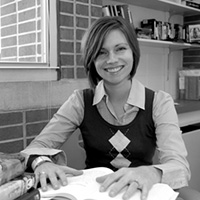 Lisa Yaszek (Professor, School of Literature, Communication and Culture, Georgia Tech) is president of the Science Fiction Research Association and editor of the journal Extrapolation.  The author of Galactic Suburbia: Recovering Women’s Science Fiction and is completing a study of international science fiction and Afrofuturism.  She has edited a  special issue of Configurations devoted to the science-fiction works of Kim Stanley Robinson. 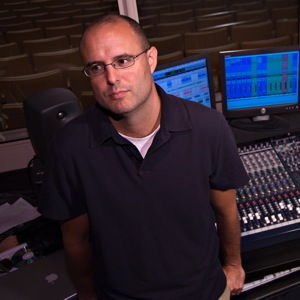 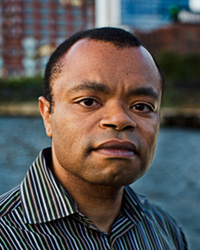 Dexter Palmer (Princeton, New Jersey) is a novelist. He holds a Ph.D. in English Literature from Princeton University, where he completed his dissertation on the work of James Joyce, William Gaddis, and Thomas Pynchon.  He also staged the first academic conference ever held at an Ivy League university on the subject of video games. 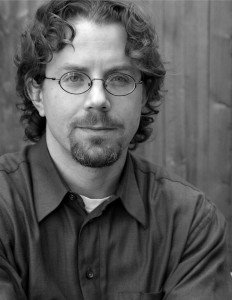 Dmitri Tymoczko (Professor of Music, Princeton University) has published one book with Oxford University Press (A Geometry of Music), and two CDs with Bridge Records (Crackpot Hymnal, for classical instruments, and Beat Therapy for jazz/funk ensemble). He is currently working on an album of rock-inspired pieces that mix electronics with acoustic instruments. 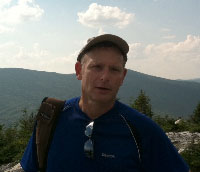 Robert Markley (W. D. and Sara E. Trowbridge Professor of English, Writing Studies, and Center for East Asian and Pacific Studies) is a leader in the field of science and literature. In addition to his expertise on a broad range of seventeenth- and eighteenth-century writers, he has contributed to several areas of critical inquiry including science studies, cultural climate history, new media studies, and digital humanities. Markley’s most recent monographs include Dying Planet: Mars in Science and the Imagination (2005) and The Far East and the English Imagination, 1600 to 1730 (2006). He is editor of the journal The Eighteenth Century: Theory and Interpretation and First Vice-President of the Society for Literature, Science, and the Arts. 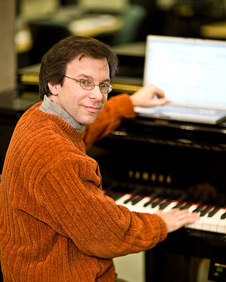 Stephen Taylor (Associate Professor of Composition-Theory, School of Music) composes music that explores boundaries between art and science. His first orchestra commission, Unapproachable Light, was inspired by images from the Hubble Space Telescope and the New Testament. Paradises Lost, a new opera based on a novella by Ursula K. Le Guin, was premiered in Portland, Oregon and at the University of Illinois in 2012. Besides composing for traditional instruments, Taylor also works with live electronics in pieces such as Agoraphobia for flute, harp and electronics. 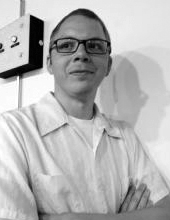 Kevin Hamilton (Associate Professor of New Media, School of Art and Design) works as an artist and scholar to better understand the role of technologies in how modernity is lived and imagined. His research includes writing and publication, cross-disciplinary collaboration, networked media production, and the creation of artworks for public and gallery settings. Long-term collaborative projects include historical and theoretical work on the history of interface representations in mediated violence, with a special emphasis on government-produced films related to nuclear weapons development. Recent artistic work has included a commissioned public project on the history of cybernetics for the State of Illinois at the Institute for Genomic Biology. 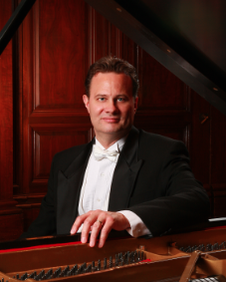 Timothy Ehlen (Associate Professor of Piano, School of Music) has performed extensively in the United States and Europe as a soloist and chamber player. He first gained international attention after winning the World Piano Competition in 1987, and he has been heard frequently on National Public Radio, in addition to numerous independent broadcasts of major market performances in this country and abroad. Ehlen is currently in the process of recording the complete Beethoven Sonatas for the Azica label, drawn largely from his recent recitals at the Krannert Center for the Performing Arts. 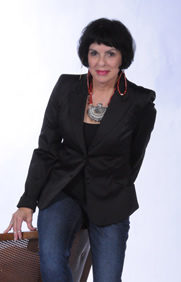 LeAnne Howe (Professor of American Indian Studies, English, and Theatre) is a citizen of the Choctaw Nation of Oklahoma and writes fiction, poetry, screenplays, creative non-fiction, plays and scholarship on American Indian experiences. Her first novel, Shell Shaker (2001), received an American Book Award in 2002 from the Before Columbus Foundation. In 2010-2011, Howe received a Distinguished Fulbright Scholarship to live in Amman, Jordan during the Arab Spring. There, she researched her new novel, Memoir of a Choctaw in the Arab Revolts, set in 1913-1917 and the present. The story journeys from Allen, Oklahoma to Ottoman Beirut, to the Arab Revolt, to post-Ottoman Transjordan. 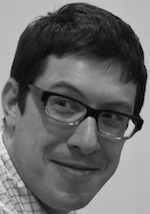 Jake Bowers (Associate Professor of Political Science and Statistics) was the winner of the APSA Political Methodology section’s Emerging Scholar Award in 2012. His research on political methodology concerns questions in causal inference, driven by applications in political behavior, and understandings of multi-level data in political science, with implications not only for data analysis but also for the design of studies spanning multiple levels of analysis. Bowers is also a prolific contributor of statistical software, with R packages often accompanying his methodological interventions, and is affiliated with the the National Center for Supercomputing Applications. 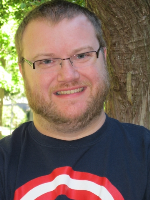 Rob Barrett (Associate Professor of English and Medieval Studies) studies ecocriticism, medieval British literature, and early English drama. His most recent work includes the monograph Against All England: Regional Identity and Cheshire Writing, 1195-1656 (2009), an essay on food and national identity in the Chester Shepherds’ Play for the collection Mapping the Medieval City: Space, Place, and Identity in Chester c. 1200-1600 (2011), and an essay on the multilinguistic performance of the Chester Pentecost Play in Translating the Middle Ages (2012). Barrett is currently editing a critical edition of the Chester Whitsun Plays for the TEAMS Middle English Texts Series. 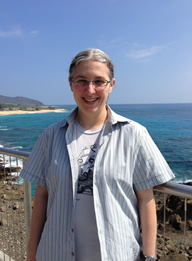 Jodi Byrd (Associate Professor of American Indian Studies and English) is Acting Director of the American Indian Studies Program and a citizen of the Chickasaw Nation of Oklahoma. Her research focuses on indigenous studies and governance, indigenous and postcolonial literature and theory, and cultural and film theory. Byrd is the author of The Transit of Empire: Indigenous Critiques of Colonialism (2011), in which she explores how indigeneity functions as transit, a trajectory of movement serving as precedent within U.S. imperial history. 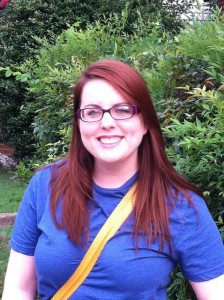 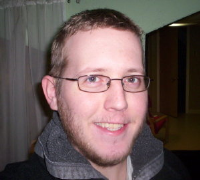 Michael Black (Ph.D. candidate, Department of English) is writing a dissertation on the cultural history of personal computing. In addition to traditional archival methods, his project also incorporates tools written in Python and Java to trace the evolution of software via its source code. As a research assistant, he has also contributed software to a project involving the analysis of over 500,000 digitized volumes of literature and periodicals from the HathiTrust archive. 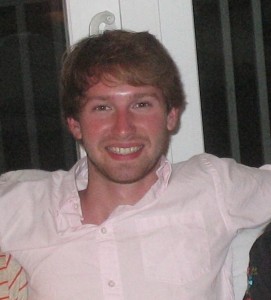 Brandon Jones (Ph.D. candidate, Department of English) is a graduate fellow in the INTERSECT Network for Neuro-Cultures. His research focuses on intersections between philosophy, neuroscience, and modern physics in order to explore how narratives in 20th and 21st century transatlantic fiction structure complex relations among mind, matter, and subjectivity. In particular, he is interested in how phenomenology, systems theory, and quantum mechanics can inform interdisciplinary approaches to ecology of mind and narrative.

Therese Thierney (Assistant Professor of Design, School of Architecture) conducts research operating at the intersection of new media and the built environment by leveraging emergent technologies for the public benefit. She is a contributing editor for World Architecture online journal, the author of several publications including Abstract Space: Beneath the Media Surface (2007), co-editor of Network Practice: New Strategies for Architecture and Design (2007), and author of essays in Leonardo: Journal of the International Society of Arts, Science and Technology and the “Collective Intelligence in Design” issue of AD: Architectural Design (2006). 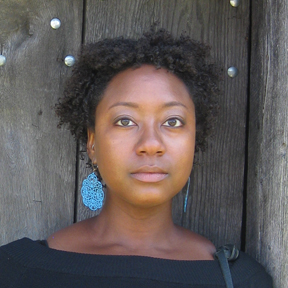 Tammie Rubin (Assistant Professor of Ceramics and Foundations, School of Art and Design) is an artist whose ceramic sculpture explores invented narratives utilizing recognizable objects and ideas of the role of ornament and trophy in our daily lives. Often she creates chimerical creatures and hybrid contraptions inhabiting mythic worlds. She obsessively collects manufactured objects, which inspire the patterns and textures of her sculptures. Rubin’s work has appeared in the journals Ceramics: Art & Perception, Ceramics Monthly, and newspapers such as The Seattle Time, The News-Gazette, and The Daily Times. 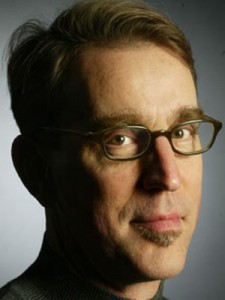