Having a ruff day? Semester got you going mutts? Take a paws and check out these photos of our staff’s pets to help you get through your day and read on for details for an op-purr-tunity to share pictures of your pet! 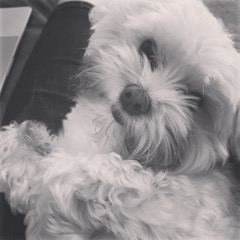 Name: Addie
Breed: Maltese Yorkshire Terrier AKA Morkie!
Age: 2
Fun Fact: He likes to perch on the back of the couch and put his head on your shoulder and watch TV with you. 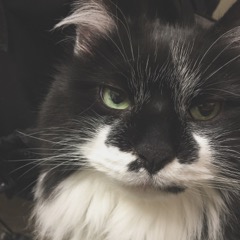 Name: Louie
Breed: Domestic Longhair
Age: 11.5
Fun Fact: Louie is a shelter rescue and loves to eat plastic bags, so they have to be hidden from him! 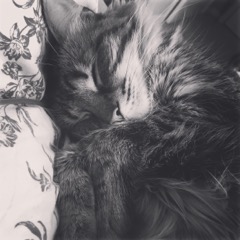 Name: Parker (after Peter Parker)
Breed: 4
Age: Tabby
Fun Fact: Her hobbies include drinking water directly from the sink faucet, chirping at birds out the window, eating pumpkin spice yogurt, and visiting her Meowma and Purrpa. 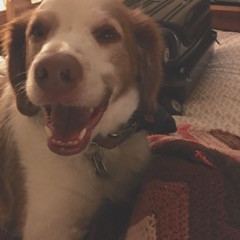 Name: Max
Breed: American Brittany
Age: 6.5
Fun Fact: Max enjoys daily runs, snuggling, and stealing food, so you can never turn your back on a plate of food if you plan on eating it! 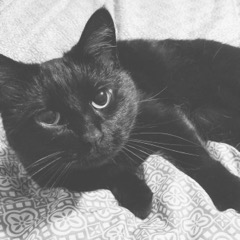 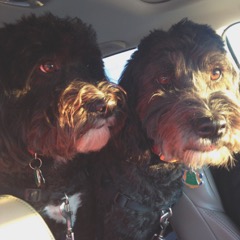 Name: Ollie and Fin
Breed: Miniature soft-coated Wheaton terrier poodle mixes AKA whoodles
Age: 6
Fun Fact: Their favorite place in the world is the vet’s office. When they escape the yard and run away, we find them at the vet! 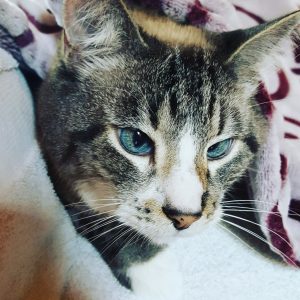 Name: Skitter
Age: 16
Breed: American Shorthair/Siamese
Fun Fact: As his name may suggest, Skitter is scared of literally everything. He once got stuck in the loop of a plastic bag and ran around for ten minutes to try and get away from it, to no avail. 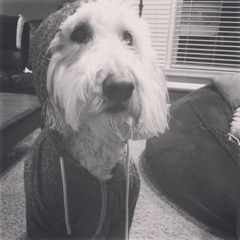 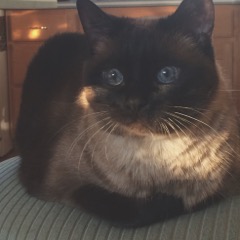 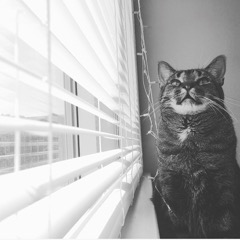 Now it’s your turn! Submit pictures of your pets through this form for a chance to have your furry friend featured in our Student Art Gallery on the first floor of the UGL!

The end of fall semester is almost here! Take a break from stressing out about finals and deadlines to play with therapy pets! This year’s group of therapy pets is cute, cuddly, and ready to play. Therapy pets will be waiting for you to pet them at Grainger, ACES, and the UGL on the following dates:

Thursday, December 10th at Grainger from 2-4 PM: Magnum, Raven, and Beowoof will be ready for all your cuddling needs.

Monday, December 14th at ACES from 2-4 PM: Atlas, Maisey, Jeannie, and Wyatt the cat can’t wait to have their tummies rubbed.

Tuesday, December 15th at the UGL from 2-4 PM: Sam, Maisey, and Beowoof are excited to see everyone! 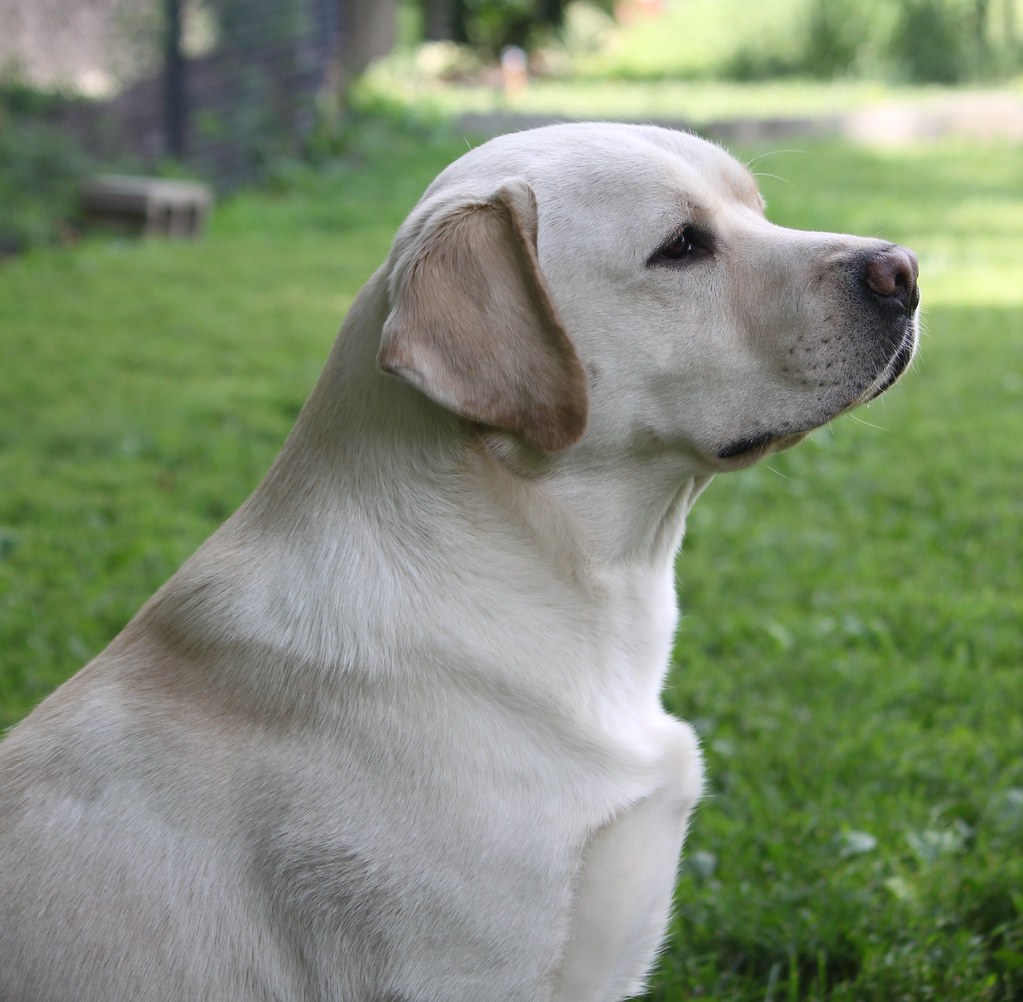 Magnum is a three-year-old yellow lab who has only been a therapy dog for a few months, but he loves everybody! Every time Magnum goes to the hospital for visits, he is quickly surrounded by people wanting to pet him. He is a fun, happy dog who loves interacting with people. 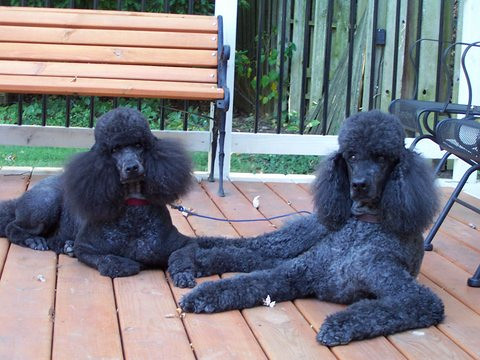 Raven is a Standard Poodle.She does most of her therapy work at libraries and loves people from all ages. In her down time, Raven likes to play fetch with Frisbees and tennis balls. 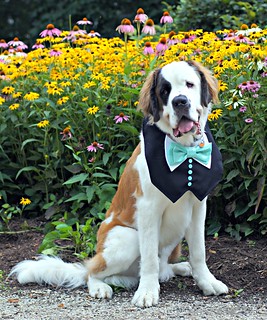 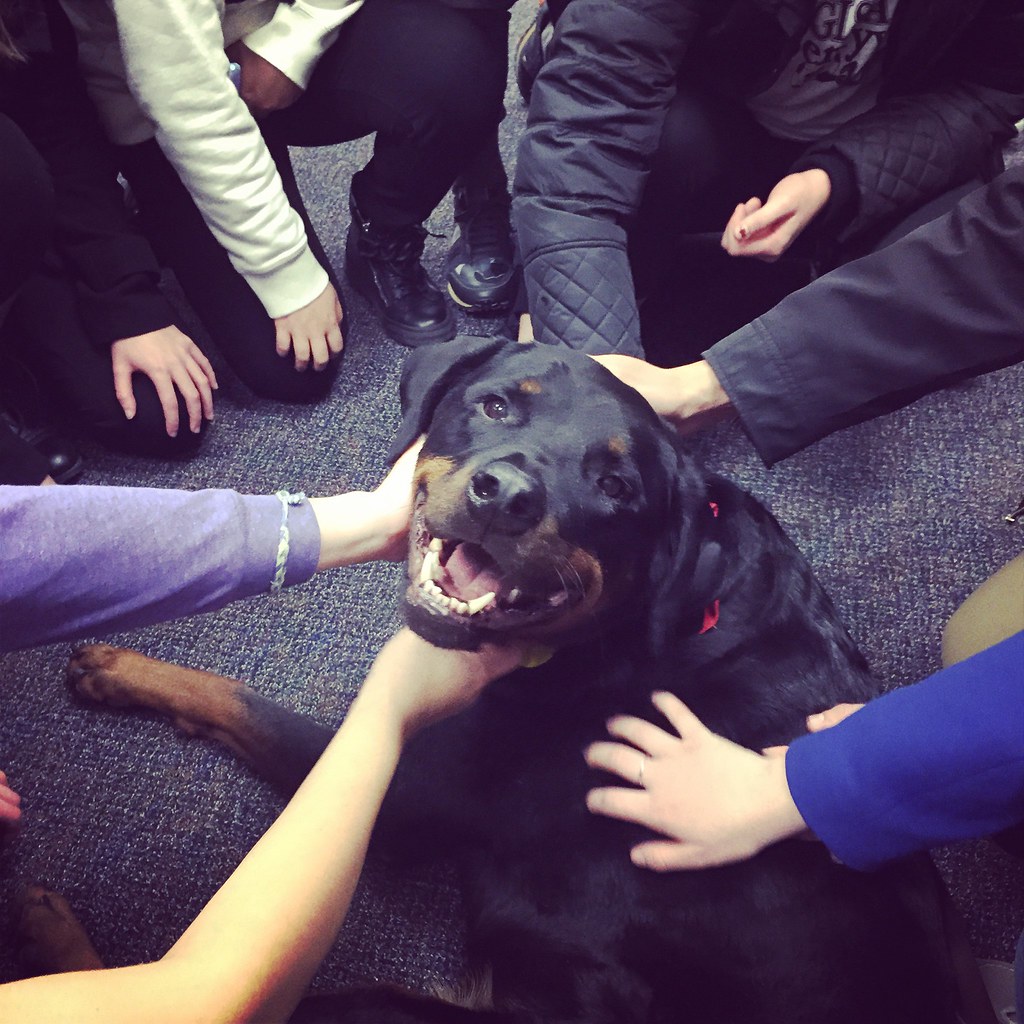 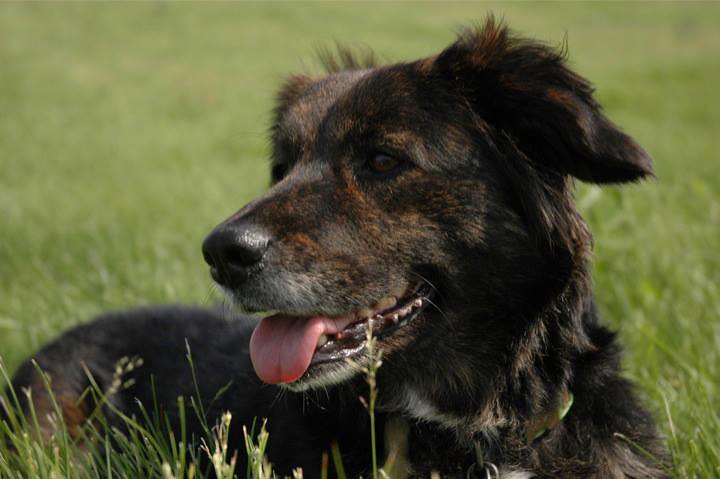 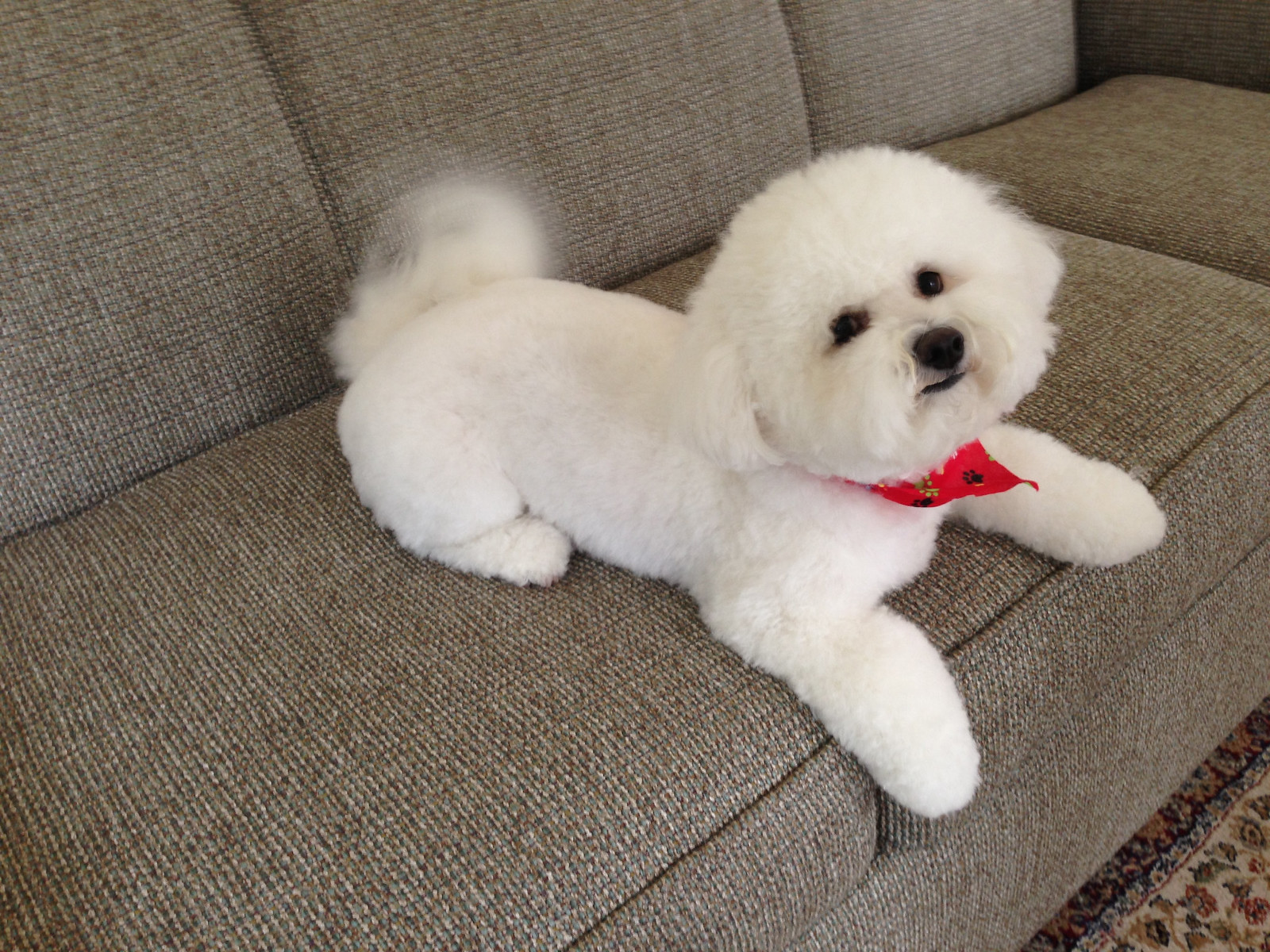 Jeannie is a 4-year-old Bichon Frise. Bichons do not shed and are considered to be a “hypoallergenic” breed. Their soft, thick, cottony hair is great for petting. They are bred to be companion dogs and Jeannie excels at this. She loves people, is tremendously cute, and brightens everyone’s day. Jeannie visits nursing homes, libraries, and hospital patients. 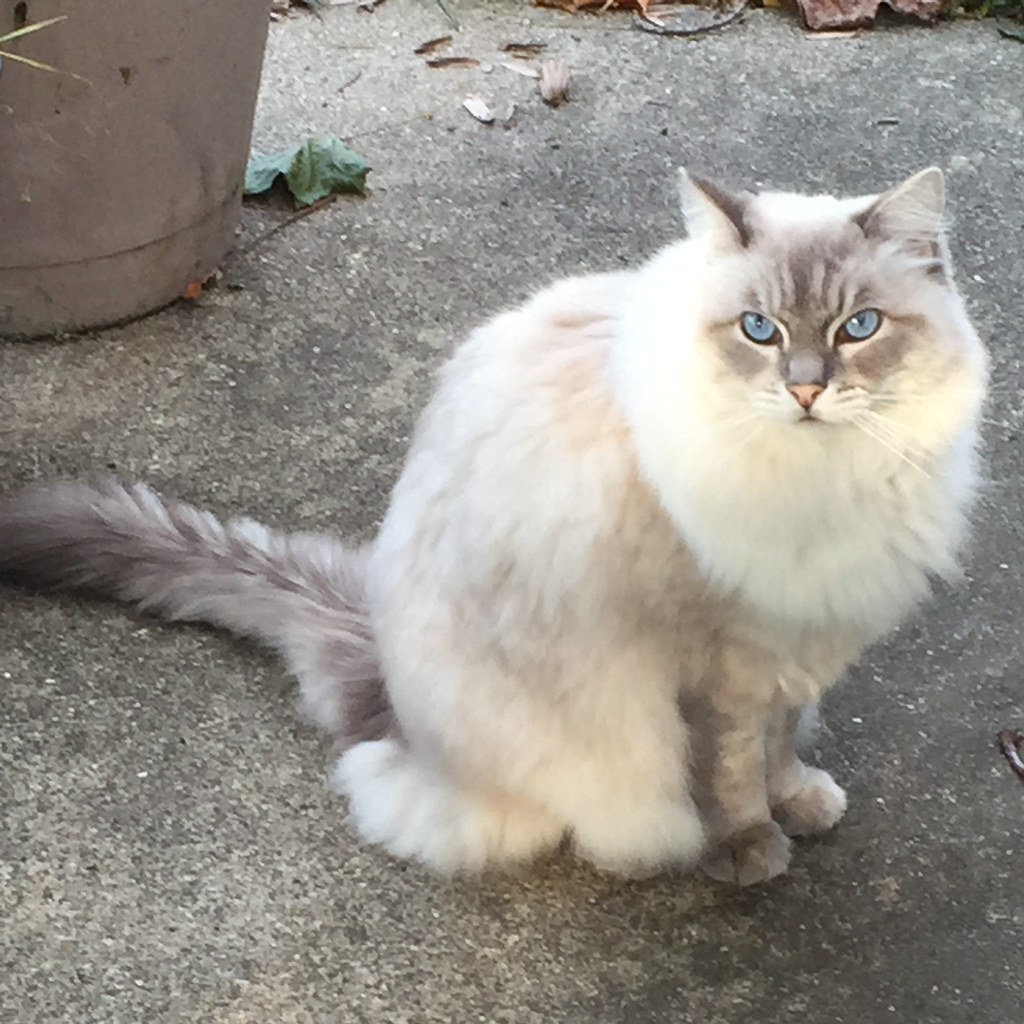 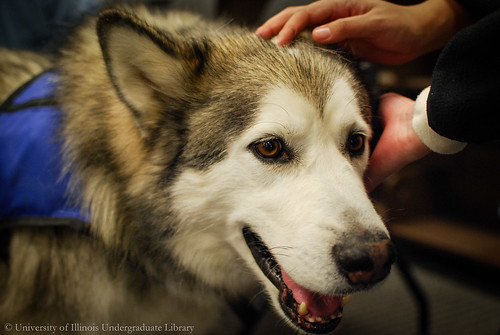 Sam is an adorable and fuzzy Alaskan Malamute. He is great company and enjoys when people pet him. Like everyone, he is not a fan of finals but is very happy to be at UIUC to relieve peoples stress. Come on by and take a picture with him!

Have any questions about therapy pets? Want to express how excited you are to meet these animals? Tweet at us (@askundergrad) or contact us on Facebook (Undergraduate Library at UIUC)!