Welcome to Fall 2020! Chilly weather is setting in. The days are getting shorter, the nights are getting longer, and you can’t go ANYWHERE because of the pandemic! But fear not, (or perhaps fear is what you’re after?) there are a bunch of new book to screen adaptations that can get you through the spooky nights. Read a book, watch a movie, and compare! Here’s a list of some fantastic stories that started as books that can soon grace your screen.

Death on the Nile by Agatha Christie

A classic Agatha Christie whodunit set on a cruise ship on the Nile river. Inspector Poirot follows the clues to try to find a killer. 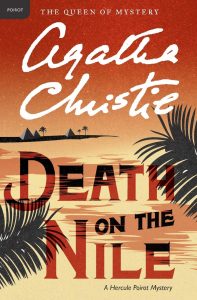 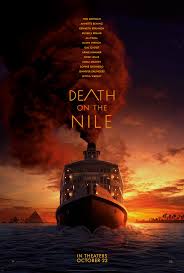 The film version is scheduled to be released in theaters on December 18th, starring A-listers like Gal Godot, Annette Benning, Letitia Wright, and Russel Brand.

You can request a copy of the book or audiobook through the UIUC Libraries or the Champaign Public Library (or, for remote students, your local public library). You can also purchase from your favorite bookseller.

A brooding thriller about a young woman who marries a rich widow and goes to his large manor as his new bride. But once there she can’t help but feel like his deceased wife hasn’t really left. 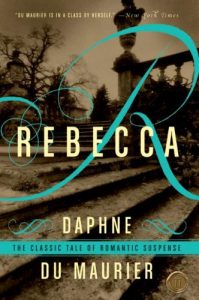 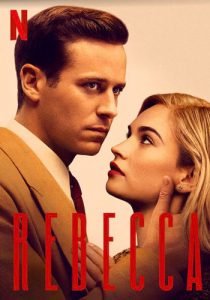 A copy of the e-book is available through Hathi Trust via the UIUC Libraries or you can get a copy at the Champaign Public Library (or, for remote students, your local public library). You can also purchase from your favorite bookseller.

The Witches by Roald Dahl

Who says only kids can read a kid’s book? The Witches is a fabulously fun and sometimes freaky story about a boy and his grandmother staying in a hotel during a witch’s convention. And these witches HATE children. From the same mind that brought us James and the Giant Peach and Matilda. 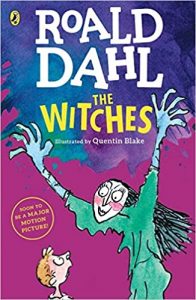 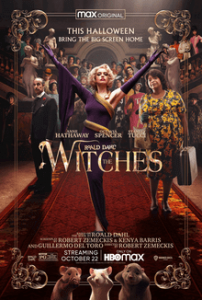 HBOMax released a film adaptation on October 22nd. Starring Anne Hathaway, Octavia Spencer, Stanley Tucci, and directed by Robert Zemeckis. This book to film adaptation is another case where there’s a classic movie version (1990’s The Witches starring Angelica Houston) which is tough competition. The Witches (1990) is currently streaming on Netflix providing the possibility of a read-watch-watch and compare!

You can request a copy of the book through the UIUC Libraries or the Champaign Public Library (or, for remote students, your local public library). You can also purchase from your favorite bookseller.

The Turn of the Screw by Henry James

The Turn of the Screw is actually a novella, so it’s one of the shorter ones on the list. First published in 1898, the language is definitely that of its time. If you’re looking for shocking, graphic horror, this might feel underwhelming, but the brooding atmosphere is perfect for a spooky season read. It is written as a manuscript from a young woman who accepts a position as a governess in the English countryside for two young children. Isolated, she puts all her energy into protecting the children. But who is protecting her? 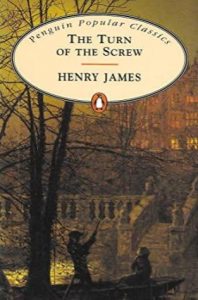 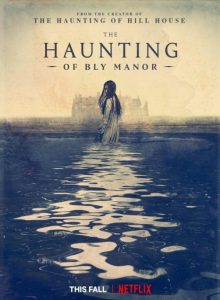 There have been many adaptations of The Turn of the Screw, including a film version from earlier this year called The Turning (2020). The newest is from the creators of The Haunting of Hill House on Netflix (also a book to screen adaptation!) and it’s called The Haunting of Bly Manor. Like Hill House, this adaptation isn’t an exact replica of the book plot, but rather a base for the story. You’ll love seeing how the writers wove in details from the book!

Available online as audiobook through the UIUC libraries, or a book can be requested  through the Champaign Public Library (or, for remote students, your local public library). You can also purchase from your favorite bookseller.

Dune is one of the most beloved science fiction novels of all time. A man, Paul Atreides, leads nomadic tribes in a battle to control the desert planet Arrakis. There’s political intrigue, a resource vital for interstellar travel, and giant worms. The book is lengthy, but you won’t regret delving into this universe. 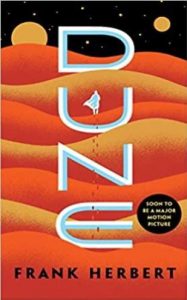 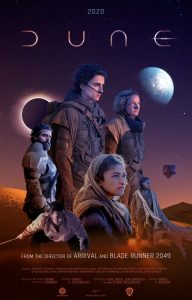 The movie adaptation starring Timothee Chalamet and Zendaya was slated for December 2020 but has been pushed back until December 2021. Though a bummer, it will give you time to get through this hefty book and also perhaps check out some of the sequels. There is also a classic movie version from 1984 directed by David Lynch that’s worth a watch and might just hold you over for the newest version.

Available as an e-book and audiobook through the UIUC libraries and through the Champaign Public Library (or, for remote students, your local public library). You can also purchase from your favorite bookseller.

You’d be surprised how many movies are adaptations of books. Reading a book and watching its movie counterpart is a great way to fill the long, chilly nights. Suggest a mini book-club to your friends, or bring your thoughts to our monthly Bring Your Own Book Club meetings! Though we can’t all pile onto a couch for a movie night, you can always have a great, socially-distant conversation about what you did or didn’t like about the books, the movies, the shows, all of it! Let us know in the comments if you’ve checked any of these out, or if there’s another upcoming adaptation that you’re excited for!