It was the dawn of the Fourth Age of Middle Earth. In the long and horrific war for the Ring, the forests of Middle Earth suffered great losses at the hands of Saruman and the orcs of Sauron. Treebeard and his fellow Ents slowly rebuilt the forests, though their work was long and arduous. Under the blessing of Aragorn, the forests regained their strength and the tower of Saruman was overrun with new forests: the Watchwood. Treebeard was proud of his kinsmen and was pleased to see peace being restored to Middle Earth. The other Ents were quite pleased as well, and most buried their roots to return to life as it was before the war. 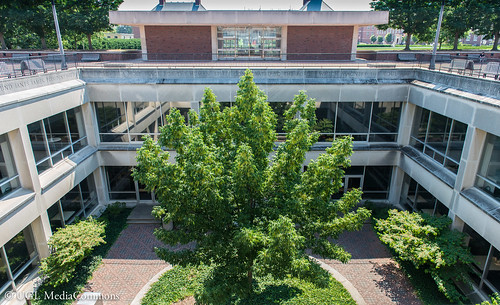 Treebeard, however, found that he was not ready to plant his roots in one place. He knew that the gift of wisdom would be wasted if he stayed. Although he regretted parting from his fellow Ents, Treebeard set out on an adventure of his own, in search of people to aid and forests to rebuild. He traveled long and far from the Watchwood and with each day he encountered fewer of his kin. He grew lonely in these strange lands, and at times he considered returning to Watchwood. But he traveled on towards the northern most parts of Arnor, into a land that, to his knowledge, had not yet been traveled or mapped. He was utterly alone. Accompanied only by his desires to spread his wisdom.

For many years, Treebeard wandered through and beyond the Northern Waste. The beard on his face grew long and unkempt. The limbs of his branches began to bow as he grew weary. Just as he began to worry he would never find what he was seeking, he came upon a vast forest at the end of Middle Earth. He was overcome with happiness as the forest resembled the old home he left long ago. As he entered the forest, he was entranced by the familiar smells and sights of it. The soil beneath his roots felt rich and healthy. He saw tall, strong trees with vibrant colors and thick bark. The creatures of the forest lived happily within the dense branches and leaves. He was reminded of days long ago, when he had watched over the forests of Middle Earth. He was reminded, too, of the many travelers who sought wisdom and guidance among the Ents. Here, in this forest, although it was rich and healthy, he would find no travelers and his wisdom was not needed. The forest reminded him of his purpose and lifted his spirits. Although it is hard to say exactly what route he traveled along, for even he cannot recall, Treebeard found his way from Middle Earth to a strange land that natives called Illinois.

There in Illinois, he happened upon a building that was constructed underground like a hobbit hole. He saw a sign with strange letters which read “Undergraduate Library.” He was told that an Undergraduate Library was a place where knowledge was sought and gained. He was overjoyed to have discovered a place whose whole purpose was to store and dispense wisdom. Treebeard knew he had arrived at his destination, and so he planted his roots right in the middle of the courtyard. Here, the natives, which called themselves “undergrads”, could come to him for advice and guidance.

For more information on Treebeard, the Ents, or the rest of Tolkein’s Middle Earth look no further than the UGL. For Tolkein’s books about Middle Earth follow the link here. Don’t forget the resources in the UGL’s media collection. For the movies inspired by the books, check out our catalog.

Lord of the Rings

Come visit Treebeard in all his glory. He is located in the courtyard on the lower level of the UGL.