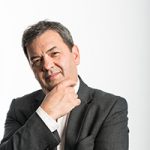 Abstract: This talk will present an approach to modelling the effect of cyber-attacks on reliability of software used in industrial control applications. The model is based on the view that successful cyber-attacks introduce failure regions, which are not present in non-compromised software. The model is then extended to cover a fault tolerant architecture such as the 1-out-of-2 software, popular to build industrial protection systems. The model is used to study the effectiveness of software maintenance policies such as patching and “cleansing” under different adversary models ranging from independent attacks on the channels to sophisticated synchronized attacks on the channels. The studies demonstrate that the effect of attacks on reliability of diverse software is significantly affected by the adversary model. Under synchroniz ed attacks system reliability may be more than an order of magnitude worse than under independent attacks on the channels. These findings, although not surprising, highlight the importance of using an adequate adversary model in the assessment of the effectiveness of cyber-security controls.

Bio: Peter Popov is Reader in the Centre for Software Reliability, City, University of London, United Kingdom. He joined the Centre in 1997 after a career in industry and in Bulgarian Academy of Sciences. He was a visiting scientist at LAAS, Toulouse, France and at the University of Illinois at Urbana-Champaign and currently at Duke University.