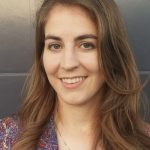 Abstract: Bitcoin enjoys a public perception of being a ‘privacy-preserving’ financial system. In reality, Bitcoin has a number of privacy vulnerabilities, including the well-studied fact that transactions can be linked through the public blockchain. More recently, researchers have demonstrated deanonymization attacks that exploit a lower-layer weakness: the Bitcoin peer-to-peer (P2P) networking stack. In particular, the P2P network currently forwards content in a structured way that allows observers to deanonymize users by linking their transactions to the originating IP addresses. In this work, we first demonstrate that current protocols exhibit poor anonymity guarantees, both theoretically and in practice. Then, we consider a first-principles redesign of the P2P network, with the goal of providing strong, provable anonymity guarantees. We propose a simple networking policy called Dandelion, which achieves nearly-optimal anonymity guarantees at minimal cost to the network’s utility. 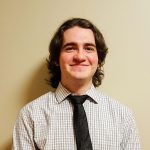 Abstract: The successful operations of modern power grids are highly dependent on a reliable and efficient underlying communication network. Researchers and utilities have started to explore the opportunities and challenges of applying the emerging software-defined networking (SDN) technology to enhance efficiency and resilience of the Smart Grid. This trend calls for a simulation-based platform that provides sufficient flexibility and controllability for evaluating network application designs, and facilitating the transitions from in-house research ideas to real productions. In this paper, we present DSSnet, a hybrid testing platform that combines a power distribution system simulator with an SDN emulator to support high fidelity analysis of communication network applications and their impacts on power systems. Our contributions lay in the design of a virtual time system with the tight controllability on the execution of the emulation system, i.e., pausing and resuming any specified container processes in the perception of their own virtual clocks, with little overhead scaling to 500 emulated hosts with an average of 70 ms overhead; and also lay in the efficient synchronization of the two sub-systems based on the virtual time. We evaluate the system performance of DSSnet, and also demonstrate the usability through a case study by evaluating a demand response application. 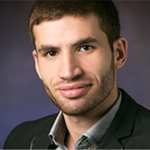 Abstract: State estimation is a fundamental problem for monitoring and controlling systems. Engineering systems interconnect sensing and computing devices over a shared bandwidth-limited channels, and therefore, estimation algorithms should strive to use bandwidth optimally. We present a notion of entropy for state estimation of switched nonlinear dynamical systems, an upper bound for it and a state estimation algorithm for the case when the switching signal is unobservable. Our approach relies on the notion of topological entropy and uses techniques from the theory for control under limited information. We show that the average bit rate used is optimal in the sense that, the efficiency gap of the algorithm is within an additive constant of the gap between estimation entropy of the system and its known upper-bound. We apply the algorithm to two system models and discuss the performance implications of the number of tracked modes.