Trust and Security/Science of Security Seminar: Towards a Secure and Resilient Industrial Control System with Software-Defined Networking 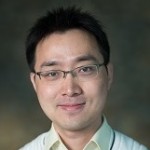 Abstract: Modern industrial control systems (ICSes) are increasingly adopting Internet technology to boost control efficiency, which unfortunately opens up a new frontier for cyber-security. People have typically applied existing Internet security techniques, such as firewalls, or anti-virus or anti-spyware software. However, those security solutions can only provide fine-grained protection at single devices. To address this, we design a novel software-defined networking (SDN) architecture that offers the global visibility of a control network infrastructure, and we investigate innovative SDN-based applications with the focus of ICS security, such as network verification and self-healing phasor measurement unit (PMU) networks. We are also conducting rigorous evaluation using the IIT campus microgrid as well as a high-fidelity testbed combining network emulation and power system simulation.

Bio: Dong (Kevin) Jin is an Assistant Professor in the Computer Science Department at the Illinois Institute of Technology. He obtained his Ph.D. in Electrical and Computer Engineering from the University of Illinois at Urbana-Champaign in 2013. His research interests include trustworthy cyber-physical critical infrastructures, simulation modeling and analysis, software-defined networking, and cyber-security. He received the best paper awards at the ACM SIGSIM Conference on Principles of Advanced and Distributed Simulation (PADS) in 2012 and 2015.