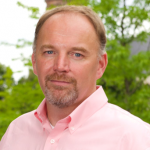 Abstract: The introduction of smart phones in 2008 forever changed the way users interact with data and computation. These platforms and the network and cloud services supporting them have led to a renaissance of mobile computing. At the same time, changes in the nature of personal computing heightens concerns about security and privacy.   Such concerns prompted an ongoing area of scientific study exploring smartphone and application security. Through these efforts, the technical community has become increasingly aware that applications can (and in many cases have) work against the user’s best interests and house new forms of malware.

This talk explores the genesis and evolution of academic research efforts in evaluating smartphone application security over the first seven years of its existence. A retrospective view of how the community’s understanding of application security has changed over the years is provided, with a focus on the scientific questions asked and the methods used. We highlight a range of analysis techniques that extract software structures and behaviors from smartphone applications, and describe several studies that identified important security and privacy concerns. The talk concludes by considering the realities of current mobile apps and markets and identifies challenges in preventing misuse of smartphones.

Bio: Patrick McDaniel is a Professor in the Computer Science and Engineering Department at The Pennsylvania State University, co-director of the Systems and Internet Infrastructure Security Laboratory, IEEE Fellow, and Chair of the IEEE Technical Committee for Security and Privacy. Dr. McDaniel is also the program manager and lead scientist for the newly created Cyber-Security Collaborative Research Alliance. Patrick’s research efforts centrally focus on network, telecommunications, systems security, language-based security, and technical public policy. Patrick was the editor-in-chief of the ACM Journal Transactions on Internet Technology (TOIT), and served as associate editor of the journals ACM Transactions on Information and System Security, IEEE Transactions on Computers, and IEEE Transactions on Software Engineering. Patrick was awarded the National Science Foundation CAREER Award and has chaired several top conferences in security including, among others, the 2007 and 2008 IEEE Symposium on Security and Privacy and the 2005 USENIX Security Symposium. Prior to pursuing his Ph.D. at the University of Michigan, Patrick was a software architect and project manager in the telecommunications industry.