This is an attempt to visualize the results of some ongoing work to represent traffic patterns in Manhattan via low-dimensional “signatures.” The data stems from taxi data from 2011 and builds on the work of Brian Donovan and Daniel Work “Using coarse GPS data to quantify city-scale transportation system resilience to extreme events” (Transportation Research Board 94th Annual Meeting, January 2015.)
In our current work, we start with a big matrix consisting of traffic counts organized by roads (columns) and times (rows). We then carry out a low-rank factorization (i.e., collaborative filtering) which gives us robust spatial signatures which are modulated by time.

Persistence barcode for strongly connected components of traffic in NYC from 12am Jan 1st, 2011 to 12am Jan 2nd, 2011. Work by Ziying Wang, Anthony Fontana, Wenting Xu and Vipul Satone. Based on speed estimates by Donovan and Work.

Roads and traffic make complex networks. Can we find robust patterns of congestion in a city?

Jin Ho Lee has received an REU from the Department of Industrial and Enterprise Systems Engineering for “Explorations in Transportation Data”.

“Nonlinear Optimal Velocity Car Following Dynamics (I): Approximation in Presence of Deterministic and Stochastic Perturbations” and “Nonlinear Optimal Velocity Car Following Dynamics (II): Rate of Convergence In the Presence of Fast perturbation” by Hossein Nick Zinat Matin and R. Sowers have been accepted for publication in the 2020 American Control Conference.

R.S. spoke on “Big data and mobility: a mathematician looks at traffic” at the Kent Seminar at the Illinois Center for Transportation.

How much time would you have to give up to avoid accidents?  We combined some datasets from New York City to understand this tradeoff

Tradeoffs between Safety and Time: A Scale-Free Routing View, by Daniel Carmody and R. Sowers, has been accepted to Transportation Research Part C: Emerging Technologies.

R.S. is speaking on Urban Data: Patterns for the Connected Vehicle at the IPAM Workshop on Autonomous Vehicles. 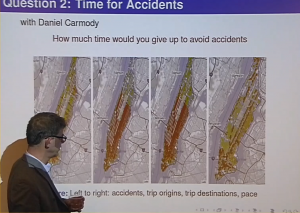 R.S. spoke on “Stuck in Traffic: big data and mobility” at the NTU-UIUC Forum on Smart Mobility, Autonomous & Connected Vehicles in Taipei.

R.S. is giving a talk “Stuck in Traffic” at an ICM Satellite Workshop in Stochastic Analysis and Applications

Vaibhav Karve has been invited to attend the MSRI summer graduate school in Representations of High Dimensional Data.

R. Sowers has been invited to attend the Vanderbilt Initiative for Smart-City Operations Research (VISOR) Multi-Modal Mobility Workshop in January 2018.

“Machine Learning by a Safer Road,” by Haridut Athi and Richard Sowers has been accepted in the general poster session of the INFORMS 2017 Annual Meeting.

Gabriel Shindnes presented our work at Jupytercon.  Thanks to the Midwest Big Data Hub and datascience.com

Congratulations to Derrek Yager, who has accepted a position as Lecturer in Residence in the Mathematics Department of Bradley University.

Congratulations, Derrek Yager, who will be taking a summer internship with the NYC Department of Transportation.

Vaibhav Karve, Derrek Yager, and R.S. are mentioned in the AMS Notices (p. 262)

Congratulations to Vaibhav Karve, winner of the People’s Choice award at the 2016 Research Live! competition (for work in Traffic Patterns in Manhattan). See the video

Thanks to our sponsors and partners 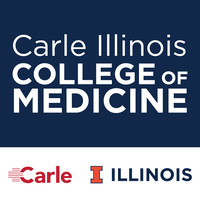