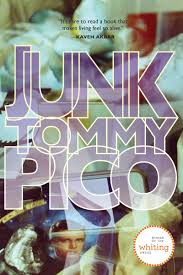 Are these tweets or texts or a poem? Read this book-length gay breakup epic by Native poet Tommy “Teebs” Pico and decide for yourself. “I’m not going to just turn down a donut unless sex in the derriere is comin,” Teebs declares. Same, Teebs. Same. Imperialism is junk. Consumption is junk. Love is junk. *Junk* declares and questions and makes penis jokes about all of it. I love this book. It’s *Junk*. 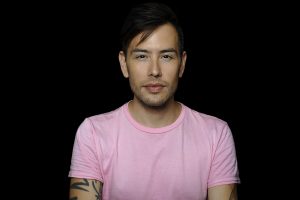 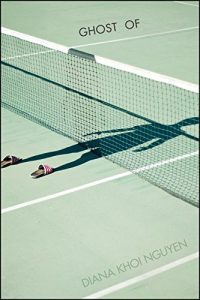 Ghost Of may be one of the most successful—and surely the most intriguing—recent books of elegy. Nguyen takes on the liminal spaces of grief after a brother’ suicide and translates them not only into the linguistic field of these poems, but also the visual. Included here are family photographs with the brother cut out, and the shape of that cutting pasted onto new pages, collage-like, where that void is populated with new language. And the book is unflinching in its approach to this sudden loss: “Let’s get on with it,” Nguyen writes in “I Keep Getting Things Wrong.” “When I return to that house, I eat the food / left out for my dead brother. I don’t waste much.” This is a remarkable debut collection from a deeply wise poet. 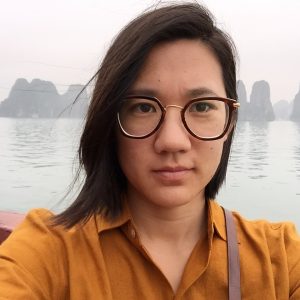 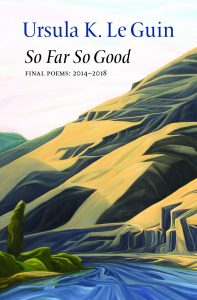 You might recognize Le Guin’s name from an impressive number of science fiction and fantasy books that she wrote throughout her lifetime. A somewhat more understated aspect of her literary life includes poetry, this collection being the last that was edited shortly before her death in 2018. Le Guin’s poetry attempts and achieves a precision that comes from a respect the poet had toward all subjects: “All earth’s dust/has been life, held soul, is holy.” Her language reminds us how words and concepts we might think of as mundane just need a slight nudge to be revolutionary, revealing. I especially recommend this book to readers who feel uneasy when reading poetry, afraid that the poet is trying to deceive them in some way. Le Guin is open and honest about her intentions. In this collection she wishes us to meditate on the small to better understand the big. 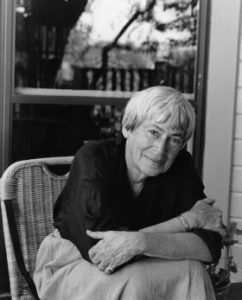 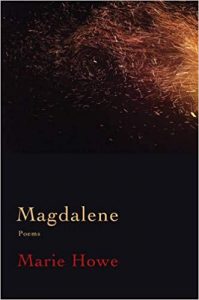 Marie Howe’s Magdalene (2017) imagines the Biblical figure of Mary Magdalene as a woman in the present-day. Brilliant and sensual, yearning and thoughtful, Howe’s Magdalene is dignified, human, and cut with want. This is a book for those with a taste for the biblical and sensual, those who long for complexity, depth, and revelation, who cherish the plainspoken over the ornate. Howe’s seemingly unadorned verse presents thought, feeling, and scenes in a way that is somehow both intimate and mythical, delivering statements and descriptions that resound with both emotional truth and the lightning of revelation:

“Years holding on to a rope/ that wasn’t there, always sorry/ righteous and wrong.”

“The pills were the floorboards/ and the bright lights that made what’s what possible.”

“I liked Hell, I liked to go there alone/ relieved to lie in the wreckage, ruined, physically undone./ The worst had happened. What else could harm me then?/ I thought it was the worst, thought nothing worse could come. / Then nothing did, and no one.”

Whether you are a first-time reader of poetry or a long-time lover of it, whether you have much or little time to spend reading, you will burn through this book of poems. 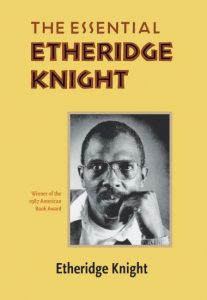 Despite his prominence as a major figure of the Black Arts Movement, Etheridge Knight’s readership has waned somewhat in the years since his death. A nominee for both the Pulitzer Prize and The National Book Award as well as the recipient of an American Book Award, Knight was born in Corinth, Mississippi in 1931 and began writing poetry while in prison. In these, his selected poems, he displays astonishing range and formal daring, providing us with an unflinching look at his American experience.

The Balcony by Jane Delury 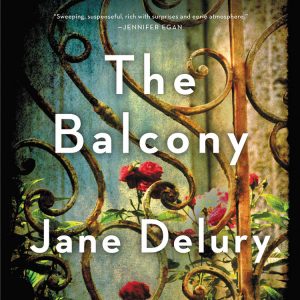 The Balcony by Jane Delury. Click the image to see it in the Library catalog.

A dream of a novel, Delury begins her book with what appears to be an autobiographical account of being an au pair in a house in the outskirts of Paris for a family with “une jeune fille,” that simply sucks you in. The au pair is given the larger, upper room with the balcony to stay in. The double entendre of the term “between two” follows all of the accounts of the myriad people who dwelled in the house. Each story does somehow intertwine with other stories and eventually a history of a magnificent house and its inhabitants comes to the fore, but ultimately the stories illuminate what happens between couples, siblings, parents and children and all manner of relations people have. The Balcony witnesses all. The prose is elegant and smooth, enjoy this story as you would a meal, slowly yet with gusto. 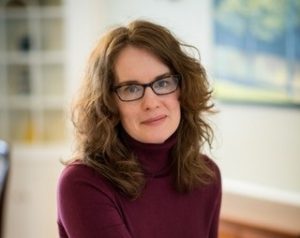 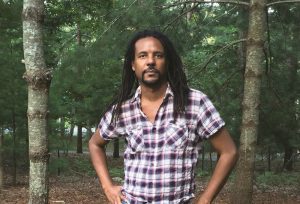 The Literatures and Languages Library celebrates African American History Month with Natasha Trethewey’s retrospective volume, Monument: Poems New and Selected. The monograph, which features poems from Domestic Work (2000), Bellocq’s Ophelia (2002), and the Pulitzer Prize winning, Native Guard (2006), introduces readers to Trethewey’s unflinching ability to observe how the remnants of both personal and historical traumas live on in the American landscape and imagination. 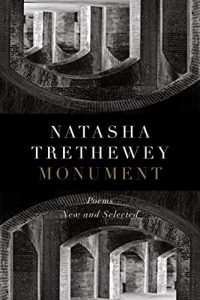 In this work, the reader will confront a complex poetic engagement with the topic of memory, as Trethewey’s poetry poignantly observes how the past and future survive contemporaneously in the present. This feature of Trethewey’s work appears explicitly throughout Native Guard, a collection that, among other things, examines the legacy of the all black Louisiana Native Guard, which protected the Union fort on Ship Island during the American Civil War. For instance, the poem “Theories of Time and Space,” informally addresses the reader, and offers some direction as to the roads that one might take while reading the collection:

You can get there from here, though
there’s no going home.

Everywhere you go will be somewhere
you’ve never been. Try this:

head south on Mississippi 49, one—
by—one mile markers ticking off

another minute of your life. Follow this
to its natural conclusion—dead end

at the coast, the pier at Gulfport where
riggings of shrimp boats are loose stitches

in a sky threatening rain. Cross over
the man-made beach, 26 miles of sand

dumped on a mangrove swamp—buried
terrain of the past. Bring only

what you must carry—tome of memory
its random blank pages. On the dock

where you board the boat for Ship Island,
someone will take your picture:

the photograph—who you were—
will be waiting when you return

This photograph of who you were will be waiting for you, waiting for you in some future time and some future place. And yet, the past always waits, waits for one to return to it. But insofar as it waits, the past is not solidified, not set in stone like a monument. In this regard, the subjects of Trethewey’s poetry—for instance slavery, miscegenation, the Civil War, or socio-economic disparity—do not capture who ‘we’ as a nation were, but rather portray who ‘we’ as a nation are. Rather than a reference to the past and a symbol of completion, Monument waits for its readers, sending them on a journey from which there is no return.

Posted on behalf of Karen Huck

Hope this chilly season is treating you well! Here are some books on our new arrivals shelf that you might enjoy.

When WWI breaks out in Austria, 3rd-year medical research student, Lucius, is sent to the front to treat wounded soldiers, not knowing anything practical about how to care for them.  Under the tutelage of a young nun who has no medical training, but who has gleaned necessary procedures on the fly from Lucius’ predecessor, Lucius slowly learns the intricacies of casualty care.  Shell shock, however, a new phenomenon to this medical team, remains a mystery that the two struggle to relieve.  The ramifications of war and medicine clash in ways never imagined in this atmospheric novel that will draw you in and keep you rooting for young Lucius and his nun. 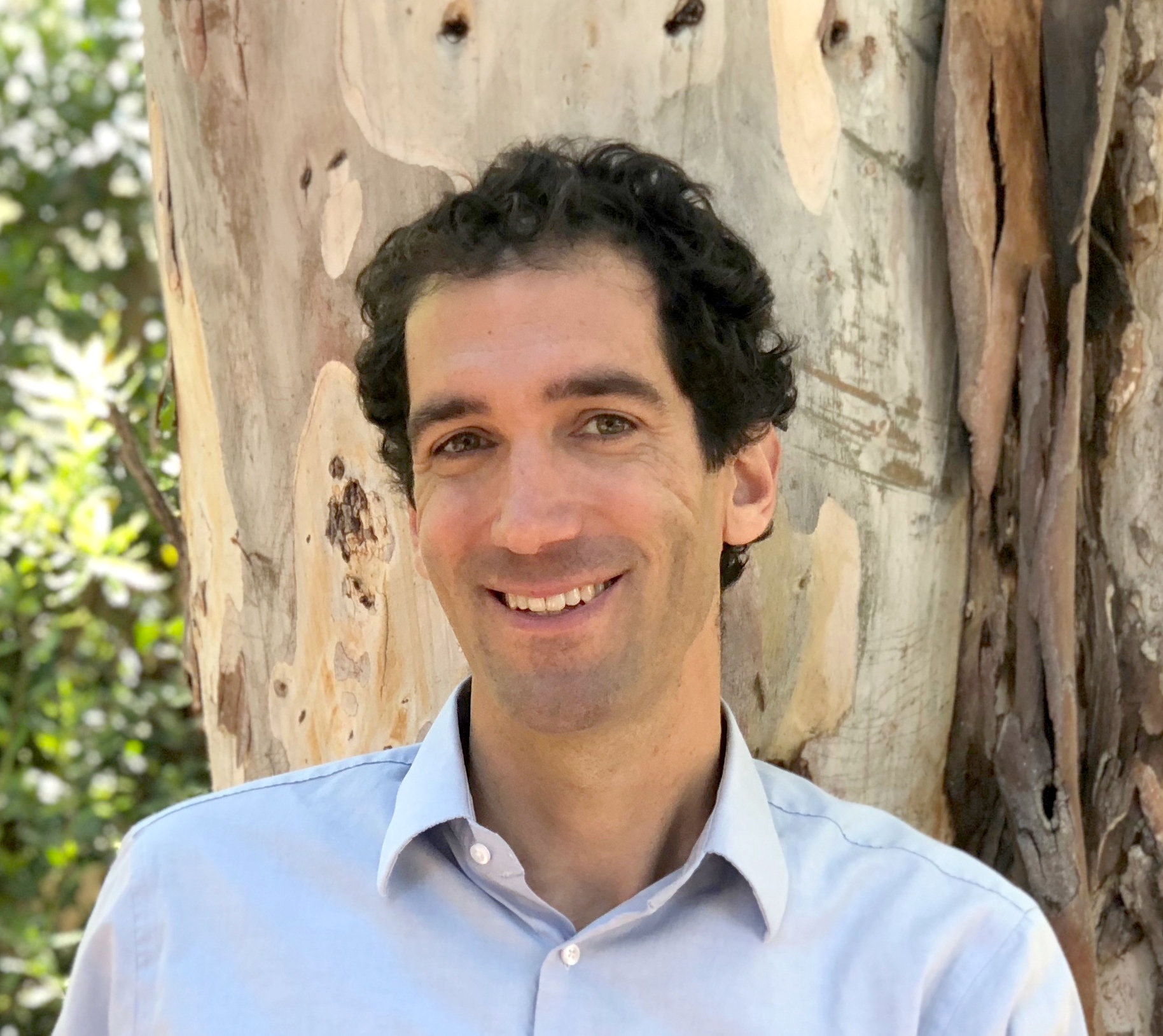 You don’t have to take our word for it. Here are reviews in:

2. America for Beginners by Leah Franqui

Planning a reconciliatory trip to America to see her son, Pival Sengupta, a newly widowed Bengali from Kolkata embarks on her first foray into the world against the unwanted advice from her servants. Her journey is guided by a Bangladeshi twenty year old and an American “companion” who take her to sights she has only heard of and ultimately to the home of her son’s lover, Jake. All parties learn about the intricacies of human interaction and relating in ways none of them would have imagined. A darkly humorous story of love. You will not be disappointed. 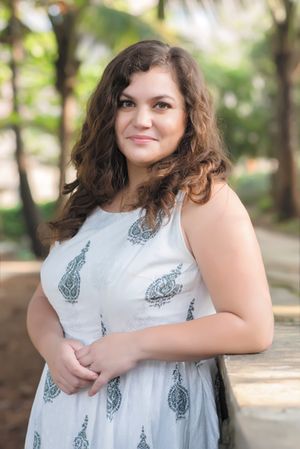 3. Stella: A Play for Lovers by Goethe

Stella, a Play for Lovers cover. Links to Catalog record.

A shocking new translation of a love triangle in 1776, the year The United States of America was born! When a young woman and her mother travel to escape from poverty and enter the service of a young woman who’s been left by her husband three years prior, the three bond quickly over lost love stories and the plight of women in that age. The story remains suspenseful throughout, and the denouement surprises with all of the force no doubt originally intended.

The Literatures and Languages Library is running a trial of the Routledge Encyclopedia of Modernism until November 16, 2018.

The Encyclopedia of Modernism has 1,900 articles from experts in the field, and over 100 images. The General Editor, Professor Stephen Ross (former President of the Modernist Studies Association), and over 1500 contributors worked to build a comprehensive resource on modernism.

Content is cross-referenced and covers eight key subject areas (Literature, Architecture, Visual Arts, Music, Dance, Theatre, Film, and Intellectual Currents). Articles on people include a biography and explanation of theories, a list of works, and further reading. Overviews of concepts include an abstract, definitions and history of the concept or term, related terms and concepts, major periods, selected manifestos, and further reading.

The advanced search option allows researchers to limit searches by subject and use Boolean operators (and shortcuts like +, -, and &). 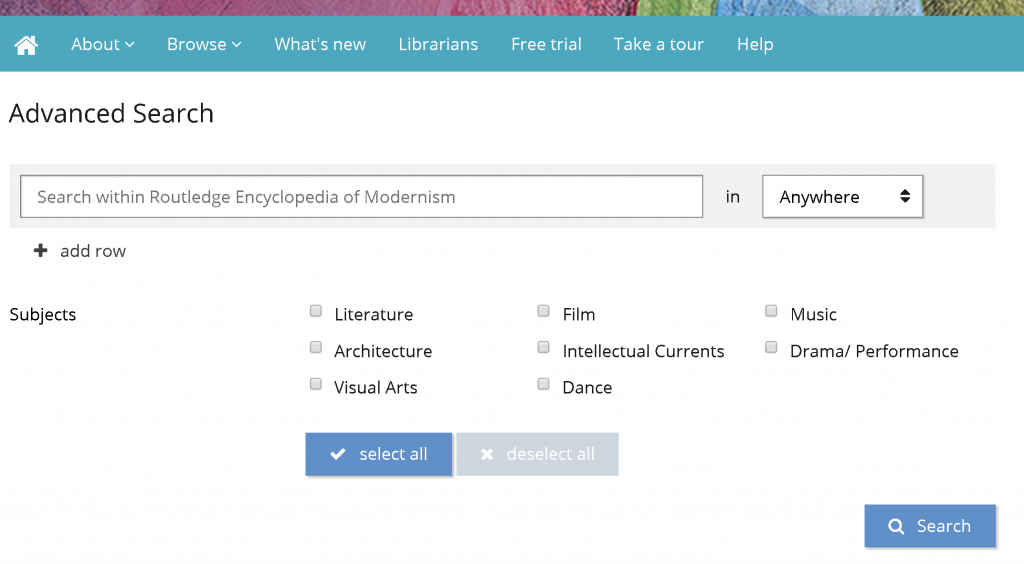 Please email Paula Carns (pcarns@illinois.edu) with any questions or feedback.