This year, the literary works recognized demonstrate an increased interest in social justice and honoring the exemplary work of writers addressing the brutal history and complex reality of race in America. Below, we have highlighted a few of the winners currently in our collection. But we encourage you to peruse the full list of finalists and winners here. 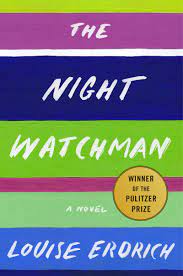 The Night Watchman is based on the extraordinary life of National Book Award-winning author Louise Erdrich’s  grandfather, who worked as a night watchman and carried the fight against Native dispossession from rural North Dakota all the way to Washington, D.C. This powerful novel explores themes of love and death with lightness and gravity and unfolds with the elegant prose, sly humor, and depth of feeling of a master craftsman. 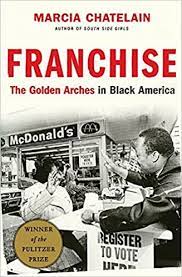 A nuanced account of the complicated role the fast-food industry plays in African-American communities, Chatelain’s work is a portrait of race and capitalism that masterfully illustrates how the fight for civil rights has been intertwined with the fate of Black businesses. From civil rights to Ferguson, Franchise reveals the untold history of how fast food became one of the greatest generators of black wealth in America. 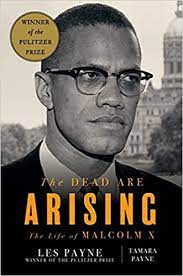 Biography: The Dead Are Arising: The Life of Malcolm X by Les Payne and Tamara Payne

Les Payne, the renowned Pulitzer Prize–winning investigative journalist, embarked in 1990 on a nearly thirty-year-long quest to interview anyone he could find who had actually known Malcolm X. The Dead are Arising is the result—A powerful and revelatory account of the civil rights activist, which rewrites much of the known narrative and offers insight into his character, beliefs and the forces that shaped him. Les and Tamara Payne have crafted a riveting work that affirms the centrality of Malcolm X to the African American freedom struggle. 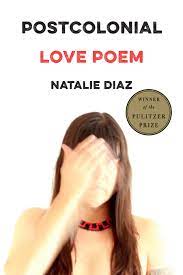 Postcolonial Love Poem is a collection of tender, heart-wrenching, and defiant poems that explore what it means to love and be loved in an America beset by conflict. It is an anthem of desire against erasure, demanding that every body carried in its pages—bodies of language, land, rivers, suffering brothers, enemies, and lovers—be touched and held as beloved. 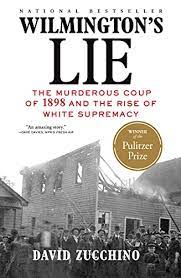 General Nonfiction: Wilmington’s Lie : The Murderous Coup of 1898 and the Rise of White Supremacy by David Zucchino

Wilmington’s Lie is a gripping account of the overthrow of the elected government of a Black-majority North Carolina city after Reconstruction that untangles a complicated set of power dynamics cutting across race, class and gender. It gives an account of a racially-motivated insurrection launched by white supremacists, which halted gains made by Black people and restored racism as official government policy, cementing white rule for another seventy years.

Pulitzer Prize winner David Zucchino uses contemporary newspaper accounts, diaries, letters and official communications to create a riveting and compelling narrative that weaves together individual stories of hate, fear, and brutality. This is a dramatic and definitive account of a remarkable but forgotten chapter of American history.

–Summaries adapted from the publisher