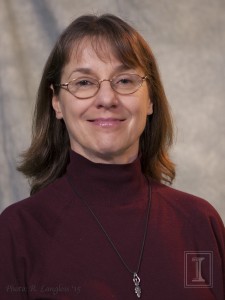 Cindy Ingold, Gender Studies and Multicultural Services Librarian and Associate Professor at the University of Illinois Library, has published a document project on the history of women in librarianship with Alexander Street Press. The curated collection – How Did Women’s Groups in the American Library Association Promote Activism around Women’s Issues in Librarianship during the 1970s? – presents and synthesizes primary sources that highlight feminist action within the American Library Association (ALA) and its ties to the broader movement around women’s rights in the second half of the twentieth century.

Women’s Groups in the American Library Association provides a synthesis of documents from the ALA archives including sources related to the ALA Social Responsibilities Round Table’s Task Force on the Status of Women in Librarianship and the ALA Committee on the Status of Women in Librarianship. It covers such issues as women in administrative positions, salary gaps between women and men in libraries, and ties to outside women’s organizations.

While working with the archives, Ingold notes, “I was especially impressed by the level of commitment from women in the American Library Association to address what they saw as inequitable conditions as well as sexism in the profession. This is significant because it was influenced by and became part of the story of the ‘second wave’ of the women’s movement, the broader social movement of the late 1960s and 1970s where women brought attention to issues of inequality in a number of arenas including the workplace, politics, and family life.” Ingold’s introductory essay and the annotated documents appear as part of Women in Social Movements in the United States, 1600-2000, a digital collection of primary source documents related to United States women’s history that includes 120 document projects and archives (full electronic access for Illinois faculty, students, and staff).

Prior to joining the University of Illinois in her initial role as Women and Gender Resources Librarian, Ingold served as Social Sciences Librarian at The Pennsylvania State University. She holds Master’s degrees in English and Library Science in addition to a Bachelor’s in History. Her previous research has focused on collections and reference issues in Women’s Studies librarianship. Her ongoing research examines the history of activism related to women’s issues within libraries, particularly within library organizations.