By participating in this study abroad tour, I learned a few things about sustainability and the actions that help to promote it. My main takeaway from this trip is that preserving water and having efficient ways to treat and distribute it are vital aspects of sustainability. The sustainability of water depends on how well it is managed. Because it is both an irreplaceable and finite resource, it is crucial that the management of the many water systems across the globe is put into the hands of people who know how to handle it. This means putting an emphasis on the fact that the water issues around the world are not just problems; it is a water crisis for many.
We also must educate those in the fields of agriculture, industry and energy, and cities. Agriculture accounts for 70% of water deficits globally. The United Nations estimates that by 2050, agriculture needs to double its food output in developing countries in order to sustain population growth. This means that the amount of water needed to sustain this increase in production must also nearly double. Energy and industry come in second for the amount of water they demand. The 20% of water demand that these two sectors account for mostly occurs in the more developed countries whereas agricultural water demand dominates in less developed ones. In large urban areas, water management organizations cannot keep up with the overwhelmingly large demand. By 2050, it is anticipated that over two-thirds of the world’s population will live in these cities which are already hard pressed for water. Lastly, it is vital to educate the public. Millions of people around the world die from preventable waterborne diseases largely due to a lack of knowledge and education about the proper ways to purify water.
Another issue is that so many people do not know how big of an issue the water crisis is because they are not noticeably directly affected by it. Many people do not really give major issues a second thought when they believe that it could never happen to them. This is why education plays a huge role in decreasing the negative effects of the depletion of water. It is estimated that in just eight years, in 2025, around two-thirds of the population will be living in countries that are classified as “water-stressed”. The increasing strain on the planet’s water resources has had detrimental impacts on millions of people’s economic status and wellbeing. This is due to things such as wastefulness, weather patterns, and the over-pumping of aquifers. While the earth’s groundwater is finite, other aquifers are renewable. The problem with this, according to Sandra Postel, the director of the Global Water Project and the National Geographic Society’s freshwater fellow, is that humans are pumping them too fast for precipitation alone to refill. Also, poorly managed water systems coupled with underinvestment have only exacerbated the problem.
At the water treatment plant pictured below that we visited, many water was sent to places in both that city and the surrounding cities. Visiting this place showed us how much it can take for water to get to homes, farms, and various businesses. Visiting this plant during the trip also strengthened my interest in water supply and quality, which I am interested in partially because of how vital it is to life on this planet. Around 900 million people do not have access to potable water and about 3 million die each year due to waterborne diseases. 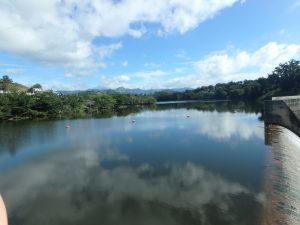 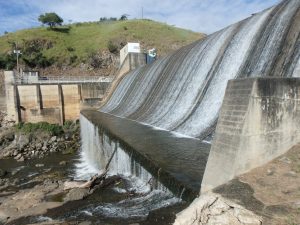 One thought on “Sustainability and Water”