Here is a summary of our research that I have presented at the recent 2021 PacificChem conference. Hope you enjoy it. 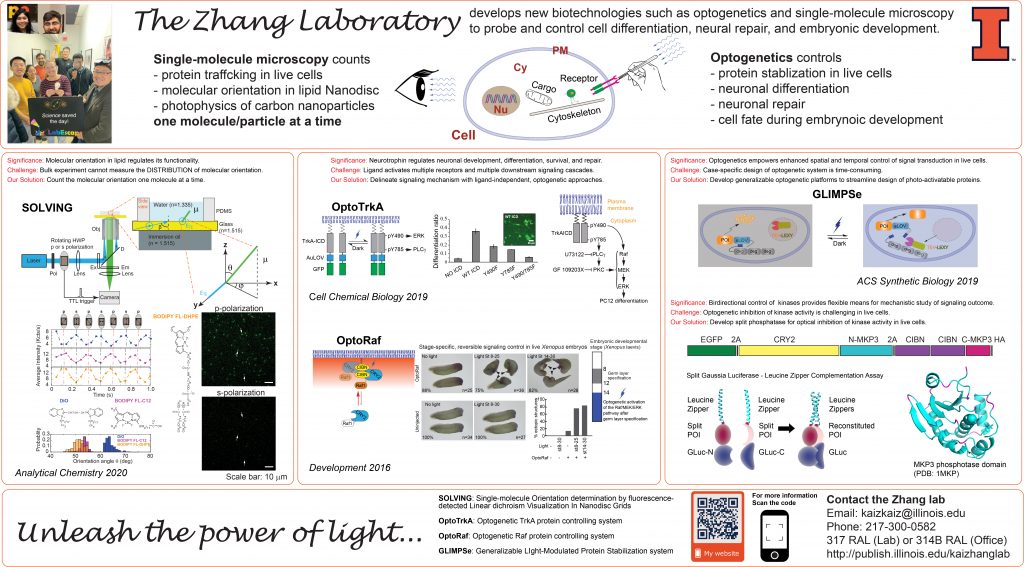 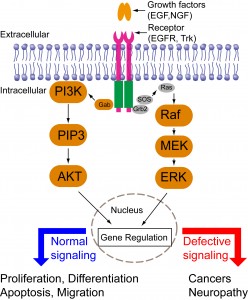 The function of membrane-bound proteins often depends on their interactions with the lipid bilayer. Bulk absorption-based linear dichroism has been historically used to investigate molecular orientations in the phospholipid bilayer but cannot resolve the actual distribution of molecules embedded in the membrane and is often limited by a poor signal-to-noise ratio. Here, we present single-molecule orientation determination by fluorescence-detected linear dichroism visualization in Nanodisc grids or SOLVING, to determine the molecular orientation of molecules assembled into nanoscale lipid bilayers. SOLVING provides the actual distribution of orientations and promises to provide key molecular insights into the topology and interactions of multiprotein complexes, such as those observed in intracellular signal transduction. 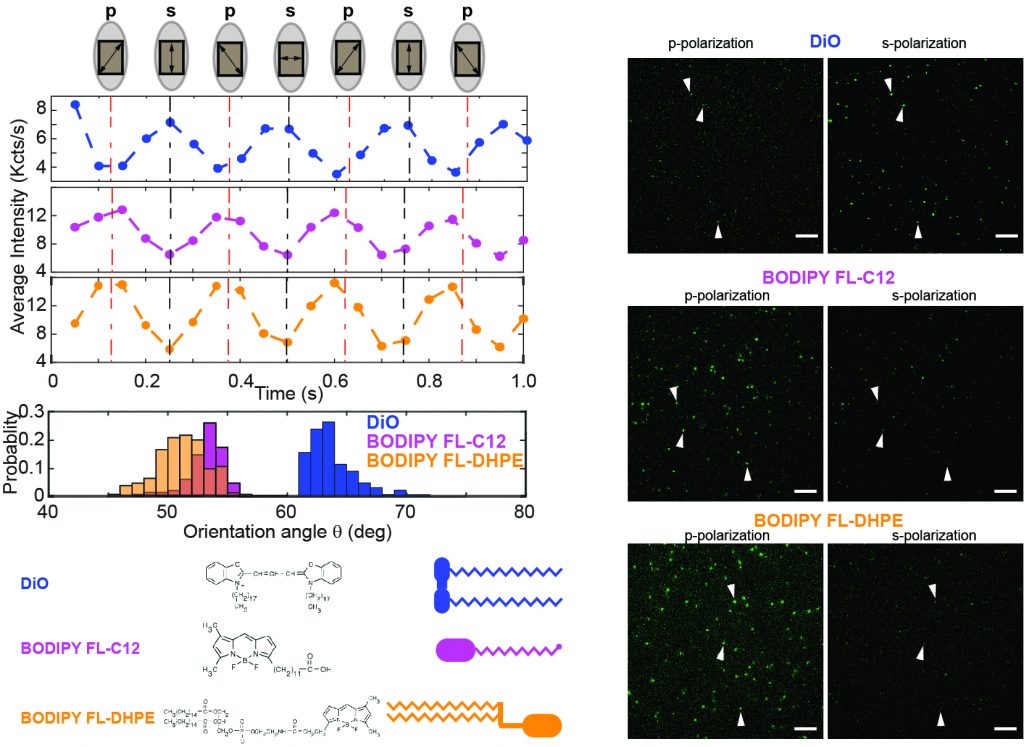 Photophysics of fluorescent carbon nanodots revealed at the single-particle level

Fluorescent carbon dots are emerging nanometer-sized materials that are blessed with biocompatibility, versatile emission wavelength tuning, photostability, and economical synthesis. Recently, fluorescent carbon dots have been increasingly used in bioimaging and biosensing, although their photophysics has not been well understood. Unlike our previously investigated nanoparticles such as quantum dots, photophysics of carbon dots depends on their surface states instead of particle size. In a collaboration with Dr. Dipanjan Pan, we set out to investigate the photophysics of carbon dots at the single-particle level. We are particularly interested in determining how synthetic conditions such as temperature and precursor composition affects the fluorescent emission properties of carbon dots. 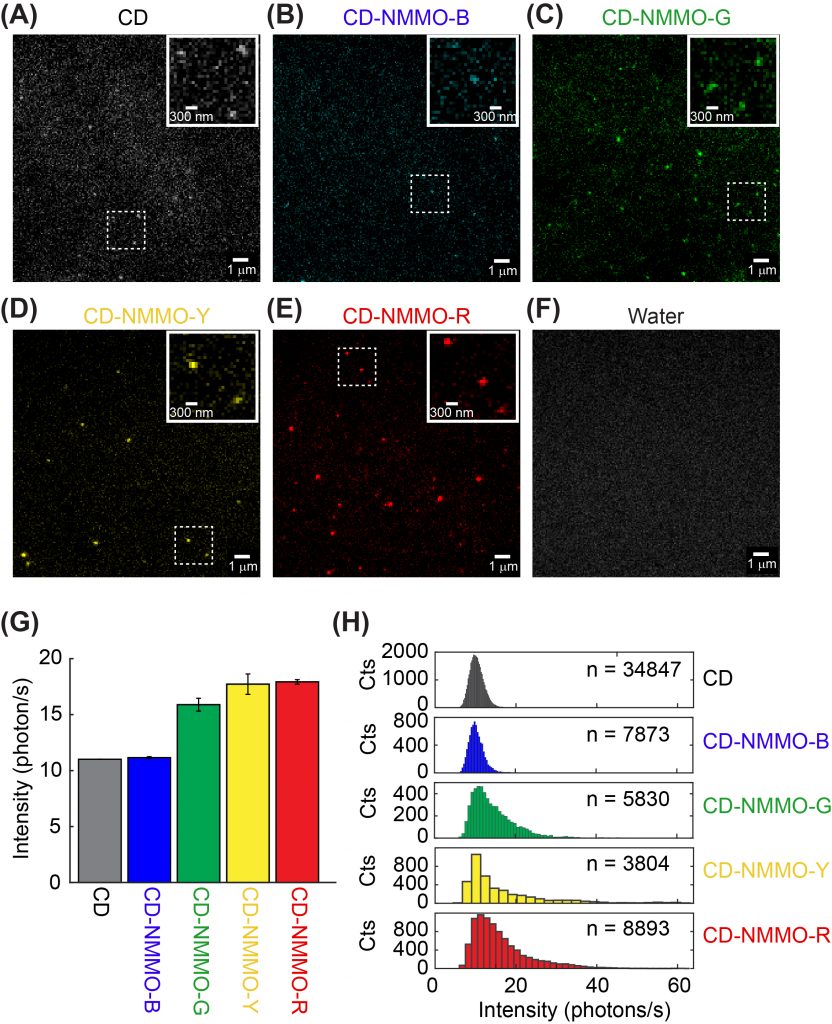 Neurons are the most polarized cell types, extending processes 10,000 times the size of their cell bodies. In such a polarized cell, Brownian diffusion is not sufficient to drive efficient communications across the whole neuron cell. For a small molecule to diffuse from the hand to the brain, it will take about 30 years! Instead, communication between different parts of neuronal cells requires active transport. Cargoes containing signaling molecules or newly synthesized proteins are transported along the cytoskeletal tracks of axons, very similar to the vehicle transport on highways. Defective axonal transport has been observed in neurological disorders such as Alzheimer’s disease, Parkinson’s disease, Amyotrophic Lateral Sclerosis (ALS), and Charcot-Marie-Tooth neuropathy, to name a few.

The Zhang group studies the neurotrophic signaling pathway that primarily regulates neuronal differentiation and survival. Our previous work has shown that axonal transport can be either slowed down or accelerated in neurological disorders  (Fig. 3). We use compartmentalized microfluidic devices to spatially segregate and control the chemical environment of axons and cell bodies (Fig. 4). We use live cell imaging to track the axonal transport of fluorescently labeled cargos. Our long term goal is to determine how axonal transport is affected by specific neuronal phenotypes and how manipulation of axonal transport may rescue these phenotypes. 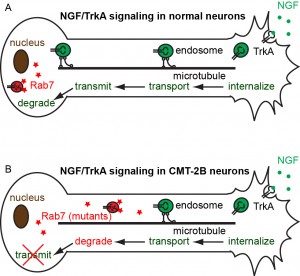 Figure 3. Model of defective axonal transport of Rab7 in Charcot-Marie-Tooth 2B neuropathy. 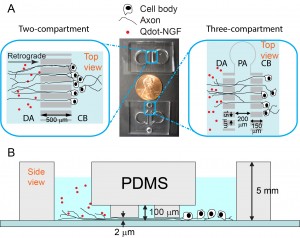 Super-resolution imaging of in live cells 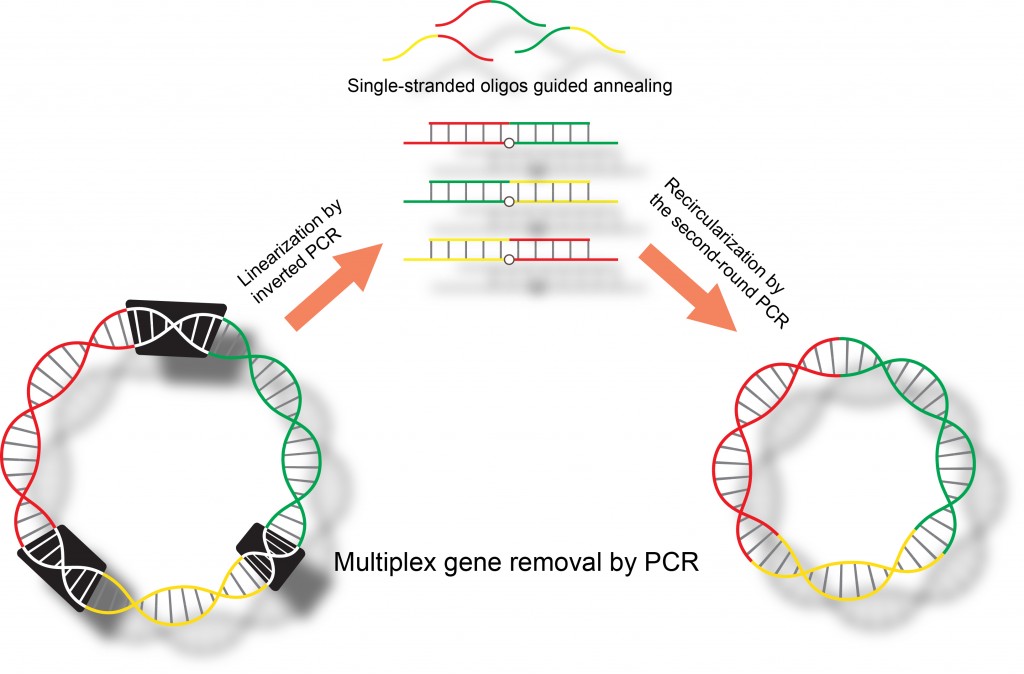