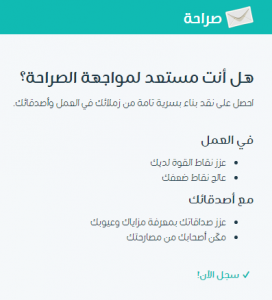 Nowadays, social media is a given.  Whether you tweet, update your Facebook status, or enjoy uploading images of a midday meal or two, the assumed default is that everyone is involved in at least one type of social media.  That assumption, combined with our own need to be ever-connected, continues to feed the development of new and intriguing takes on social media.  Case in point:  Sarahah.

Created by Zain al-Abidin Tawfiq and named for the Arabic word for ‘honesty’, Sarahah enables users to send anyone in their social network—friends, family, coworkers—anonymous messages.  The goal, he says, was to enable people to give feedback to others without fear, as factors like age gaps or rank differences can make it difficult to have open, constructive discussions.  As such, the site explicitly avoids recording the identity of who sends what, so users can send and receive messages without worrying that their confessions will be linked back to them.

The site was originally made to help businesses, but quickly grew beyond such specific scope thanks to 270 million views and 20 million users.  Most popular in Egypt with nearly 2.5 million users, the site is also gaining ground in Tunisia, Saudi Arabia, as well as Syria and Kuwait.  This number will undoubtedly continue to grow as the service develops further—and with its FAQ page revealing a ‘reply to message’ function is in the works, clearly there are plans to do just that.

Although this specific social media service is a trending, up-and-coming new platform, this is not the first time its foundational idea of ‘anonymity’ has been a means of the, somewhat oxymoronic, privately public social media confession. 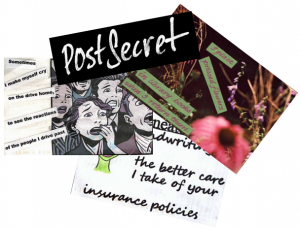 In January of 2005, for example, a project wherein unidentified people would send in decorated postcards with a personal, untold secret on it was created.  Over the course of two years, the project, and community around it, expanded to such an extent that the PostSecret webpage was launched. 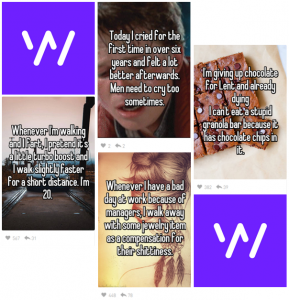 Whisper, released in March 2012, is primarily a mobile app, although it does have its own website.  The app follows PostSecret precedent of secrets or confessions overlaid on pictures, with the difference of all the submissions being digital. 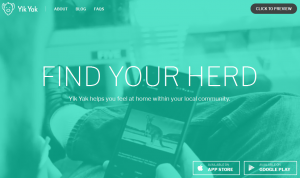 Finally, there’s Yik Yak—a smartphone app launched in 2013 with the goal of allowing people to create, view, reply to, and vote on anonymous posts…but only those created by other users within a 5-mile radius of one’s location.  As of late, however, the app has begun to shift away from complete and total anonymity by granting users the option to post under their specific profile name.

Whether it’s through snail mail like PostSecret or an online site like Sarahah, it’s obvious that people desire an anonymous means to connect and be heard—especially in those instances where the topic of conversation is sensitive or potentially uncomfortable.