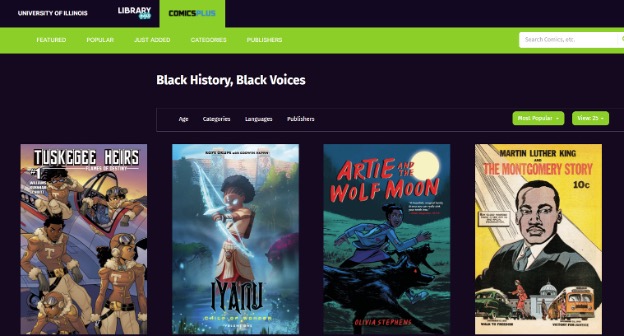 The Comics Plus app is a great way to read comics online. This month they are also featuring comics by Black creators in honor of Black History month.

The University of Illinois Library maintains a diverse offering of comics not only in our main stacks but also through our Comics Plus application. A couple of the wonderful features about the Comics Plus Application is that you can view it on any computer or mobile device and the content is free to all university faculty, staff, and students.

In celebration of Black History Month, we wanted to share some of our comic recommendations that we feel highlight Black creators or history in comics. We encourage you to check on the works below in the application and/or explore to find your own new favorites.

This offering is the second in the series and not only highlights work from various independent Black creators in different genres but also has a direct connection to the University of Illinois. The series is in part compiled by our own alumnus, Dr. Damien Duffy. If you are looking to get a sampling of the types of comic materials out there then look no further than this series.

Lil Nas X is an award-winning rapper whose rise to fame in the last several years has earned the notice of national magazines like Time and Forbes who note he has become an influential force in today’s music scene. This recent release is the story of Lil Nas X’s early years in Atlanta to his breakout hit “Old Town Road”.

Comic Strips – The Boondocks: Because I Know You Don’t Read the Newspaper (Aaron McGruder)

This groundbreaking strip took newspapers by storm with its unique art style and no holds barred take on social topics we are still struggling with today. It also spawned a successful, if not equally controversial, animated cartoon that ran for four seasons on Cartoon Network’s Adult Swim. While there has been no new Boondocks material for some time, you can still enjoy it from the beginning with this first collected volume of the newspaper strips.

The tapestry of American comic books is composed of stories created by a multitude of creators. However, much like other fields, the early contributions of Black creators were omitted from the narrative in favor of names we are all familiar with today. This book is the culmination of 20 years of research that explores the Black pioneers of early American comics that should not be missed. 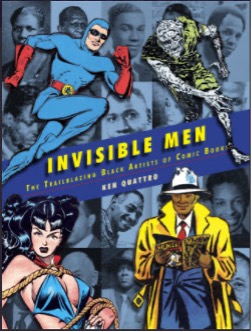 A fantasy graphic novel set in a world inspired by West African folklore and cultural stories going back centuries. Creator Juni Ba takes us on a wild and winding quest that not only touches on trying to save a dying world but also learning the deeper secrets to myths and traditions that make up a culture along the way.

A unique and chilling suspense mystery set in the early 20th Century American South era of public lynching. African American men who could “pass” as white and attempt to expose these atrocities were known as going “incognegro”. A New York reporter goes to the South to investigate the arrest of a black man for the murder of white woman before they become the next victim of a lynch mob. Can this reporter successfully expose the truth about the murder and the secrets he uncovers while “incognegro” when the accused is his own brother?

Billie Holliday’s song “Strange Fruit” brought the lynchings in the South to the forefront of US culture in 1939. Yet despite her career being tied to this powerful protest song, her life was marred by controversy and addiction. This biography explores her life and seeks the truth in an attempt to correct the record about the singer’s life and legacy.

Bestselling author Roxane Gay takes her short story and expands it into a full-length graphic novel. Set in a dystopian world forever covered by darkness there is little light to be found. Follow one woman’s journey that explores the boundaries of family, identity, love, and survival while discovering if light can exist when the world is nothing but darkness. 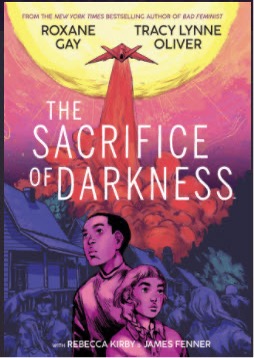 A guide that will serve all readers and fans who are new to comics, those who are experienced comic readers, and everyone in between. The guide is a collection of publishers, stores, and other similar resources that provide the reader with a plethora of information to help them navigate and further explore of the Black comic book community. 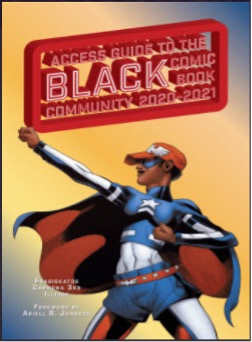 Set on an Earth that has become a destination hub for aliens this story explores themes of immigration, refugees, and equal rights through the lens of science fiction. Follow Nigerian-American doctor Future Nwafor Chukwuebuka and her illegal plant alien as they flee to New York. They will not only find themselves navigating the worlds of activism but also of impending parenthood in a country that is historically anything but welcoming to those who are different.

While the above are our favorite picks, there are many more to choose from on the Comics Plus application. We encourage you to not only try out our selections but also to explore the application and find your next new favorite comic. If you are unfamiliar with the Comics Plus application, the service provides our patrons with access to over 20,000 comics from 86 different publishers in a digital format. Check out the video links below as they provide additional details on the application.

Welcome to Comics Plus