This project is conducted by members of the Engineers Without Borders (EWB) University of Illinois at Urbana-Champaign Chapter is and is funded by United States Environmental Protection Agency (USEPA) People, Prosperity, and the Planet (P3) Phase 1 and phase 2 grants. 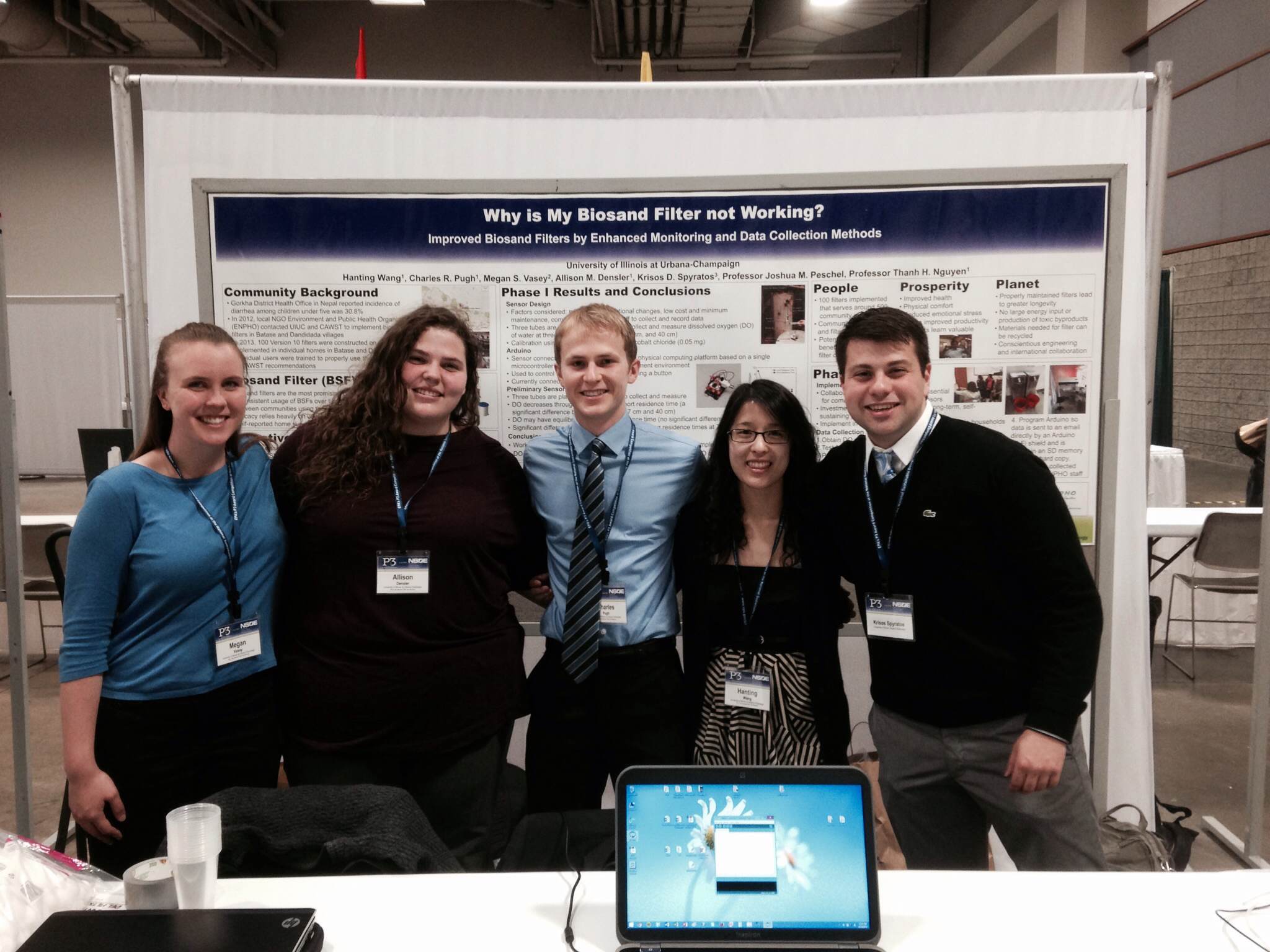 Laboratory studies were performed to determine if the addition of iron oxides throughout biosand filter (BSF) media would increase virus removal due to adsorption. The proposed mechanism is electrostatic adsorption of negatively charged virion particles to positively charged iron oxides formed during the corrosion of zerovalent iron. Initial tests conducted using continuous flow, small-scale glass columns showed high MS2 bacteriophage removal in an iron-amended sand column (5log10) compared to a sand-only column (0.5log10) over 20 pore volumes. Additionally, two experiments with a column containing iron particles revealed 4log10 and 5log10 removal of rotavirus in the presence of 20 mg/L total organic carbon.
Full-scale BSFs with iron particles removed >4log10 MS2 for the duration of the experiment (287 days), while BSF with steel wool removed; 4log10 MS2 for the first 160 days. Plug flow for the BSF was shown to depend on uniformity between the iron oxide material and sand media grains. The results suggest that the duration of effective virus removal by iron-amended biosand filtration depends on source water conditions and the quantity and composition of iron material added. Overall, this study provides evidence that iron-amended BSFs may advance the field of point-of-use technologies and bring relief to millions of people suffering from waterborne diseases.

Role of Microbial Community on Virus Removal by Biosand Filter
This study evaluated the role of physical and biological filter characteristics on the reduction of MS2 bacteriophage in biosand filters (BSFs). Three full-scale concrete Version 10 BSFs, each with a 55 cm sand media depth and a 12 L charge volume, reached 4 log10 reduction of MS2 within 43 days of operation. A consistently high reduction of MS2 between 4 log10 and 7 log10 was demonstrated for up to 294 days. Further examining one of the filters revealed that an average of 2.8 log10 reduction of MS2 was achieved within the first 5 cm of the filter, and cumulative virus reduction reached an average of 5.6 log10 after 240 days. Core sand samples from this filter were taken for protein, carbohydrate, and genomic extraction. Higher reduction of MS2 in the top 5 cm of the sand media (0.56 log10 reduction per cm vs 0.06 log10 reduction per cm for the rest of the filter depth) coincided with greater diversity of microbial communities and increased concentrations of carbohydrates. In the upper layers, “Candidatus Nitrosopumilus maritimus” and “Ca. Nitrospira defluvii” were found as dominant populations, while significant amounts of Thiobacillus-related OTUs were detected in the lower layers. Proteolytic bacterial populations such as the classes Sphingobacteria and Clostridia were observed over the entire filter depth. Thus, this study provides the first insight into microbial community structures that may play a role in MS2 reduction in BSF ecosystems. Overall, besides media ripening and physical reduction mechanisms such as filter depth and long residence time (45 min vs 24 ± 8.5 h), the establishment of chemolithotrophs and proteolytic bacteria could greatly enhance the reduction of MS2. 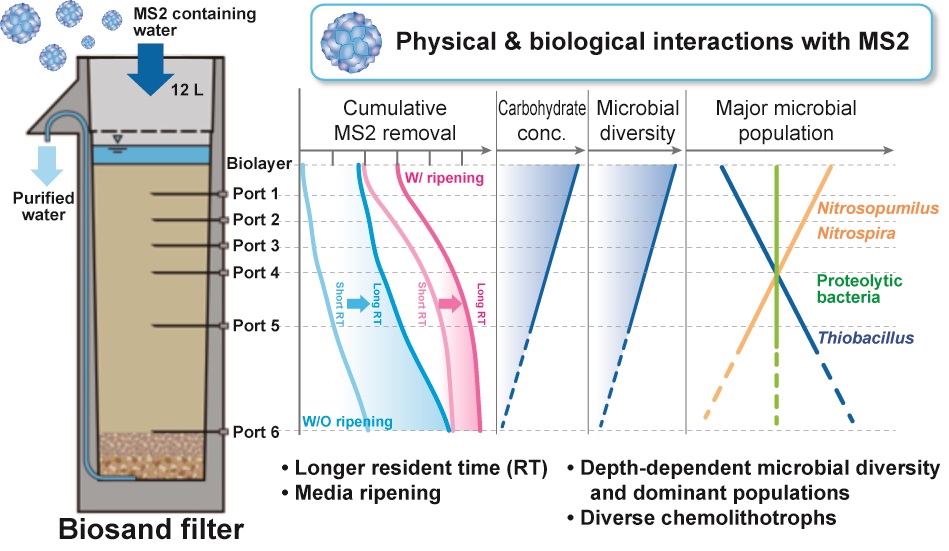 This project is conducted by student researcher Hanting Wanng in collaboration with Professor Wen-Tso Liu’s group and assisted by members of the Engineers Without Borders (EWB) University of Illinois at Urbana-Champaign Chapter. 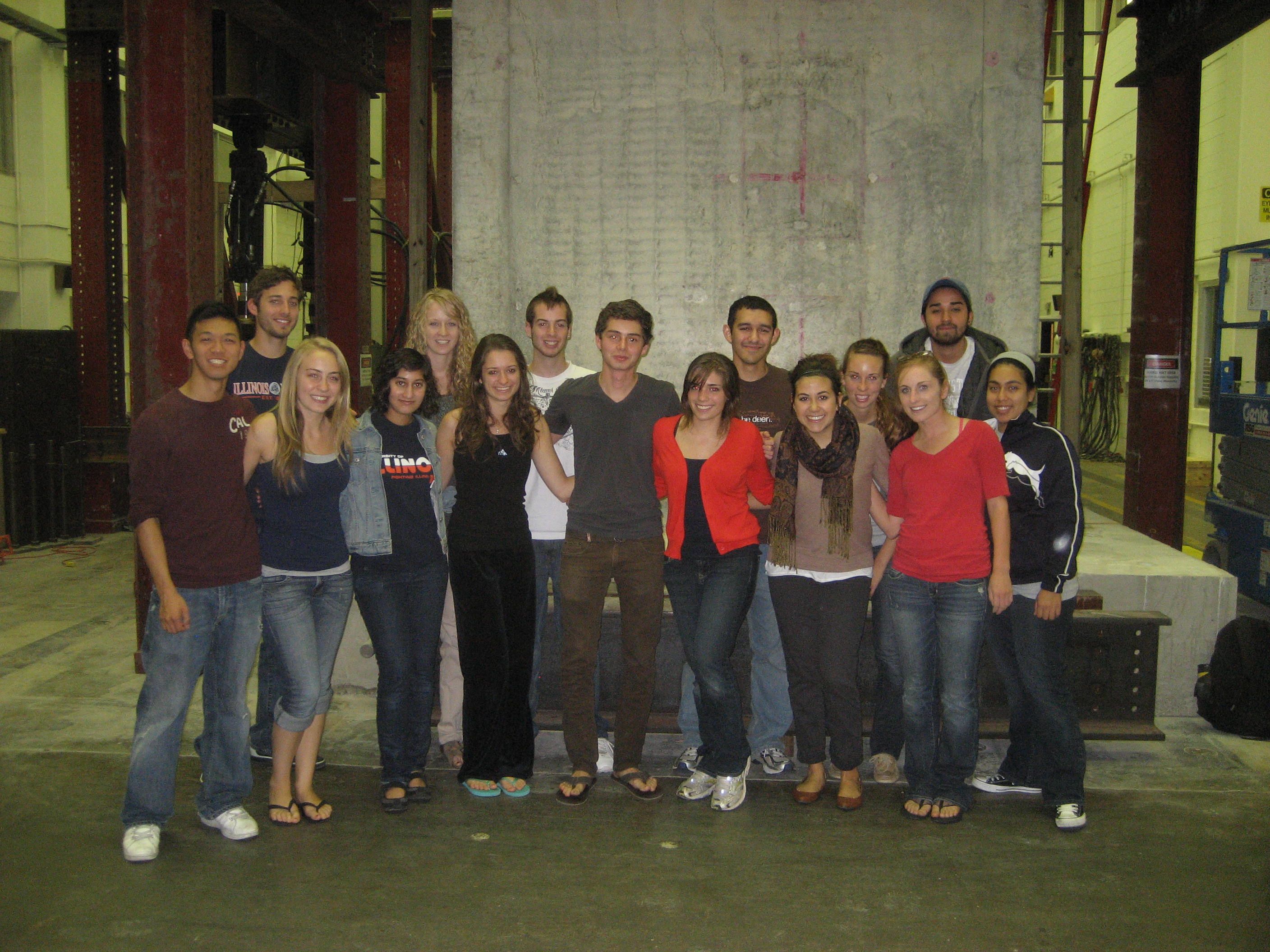