The Symposium consisted of four panel presentations, each with 3-4 presenters and a different subtopic relating to immigrants, migrants, and refugees.

The first panel titled “Paradigms Lost? Political Socialization Research in a World of Mobilities” focused on varying aspects of political socialization and reconceptualizing citizenship. The second panel titled “Migration, Citizenship, Activism” continued with the trend of political socialization but transitioned into discussions of the diaspora and biosociality. The third panel titled “Human Rights and Border Regimes” illustrated viewpoints specific to ideas and policy relating to border control and citizenship. The fourth panel titled “Space, Time, Memory” provided analyses of migrants over time, as seen through the case studies of Cuba and Estonia.

You can find the complete schedule with the full list of panelists here. https://calendars.illinois.edu/detail/7?eventId=33362884

The presentations varied geographically, with some panelists focusing on the United States and others looking at other regions around the world. Professor Lauren Aronson’s presentation (situated within the third panel) evolved from her work as an immigration law attorney within the United States and was exemplary of the issues dealt with at the event. An Associate Professor at the University of Illinois 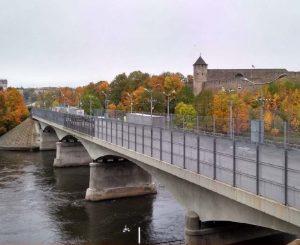 Urbana-Champaign, Aronson founded the Immigration Law Clinic this year where students learn about the law by diving right in and working with the law, and she notes her teaching style relates more to working with facts and reality in court (and often passion and anger) rather than theory in classrooms.

Aronson discussed how she self-identifies as an advocate for immigrants and refugees through the act of storytelling, and she chose to fill her presentation time by telling two stories of refugees, the first of which is detailed below.

Earlier this year, Attorney General Jeff Sessions decided that private and societal violence, like that which comes from domestic and gang violence, are no longer grounds for asylum in the United States. In an attempt to oppose this opinion, Aronson’s first story focused on an individual who migrated to the US at the age of fourteen after experiencing physical and emotional child abuse and sexual assault, and being forced to work for a local gang where he had to view various acts of violence against others, including shootings and rape. But despite the great number of injustices he faced, according to this new rule by Sessions, his suffering, and the violence he has endured, are not justifiable reasons for seeking asylum within the United States.

Aronson closed by reminding us that immigrants and refugees do not come to this country to take our jobs, or take advantage of our economy. Rather, all they seek to take advantage of is the safety that American citizens maintain in their everyday lives; they seek a government that protects them, not one that turns against them, and overall, the first thing they seek is survival.

Global Attitudes of Rural Technical Inferiority as a Cause for Migration to Cities in the Non-Industrialized World
“Illegal Rose”, Immigration, and the Importance of Art