By Mia Adams on December 10, 2019 in Uncategorized 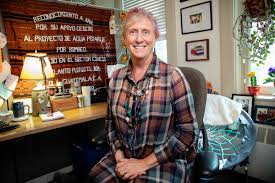 On Wednesday December 4th, Professor Ann-Perry Witmer gave an enlightening talk titled “Global Attitudes of Rural Technical Inferiority as a Cause for Migration to Cities in the Non-Industrialized World.”

Professor Witmer began first by emphasizing several differences between the global and the rural. She brought forward several global attitudes that affect this topic.

Global Attitudes towards the Global

The role of engineers in alleviating poverty is an interesting one as young engineers are moving away from pursuing engineering for the chance to gain six figure salaries, and moving towards a desire to combine engineering with humanitarianism. With this shift in thinking, young engineers are becoming more cognizant of three things in their work environment: their professional and ethical responsibilities, their understanding of the consequences that can arise from technology, and their understanding of how people use machines.

Global Attitudes towards the Rural

Witmer made the claim that the development of knowledge and technology is based on place and identity, and referenced Knowing Your Place:  Rural Identity and Cultural Hierarchy by Creed and Ching — suggesting that academics often ignore the importance of place when thinking about how human identity is shaped and how this shaping leads to the perpetuation of urban cultural hegemony.

Witmer discussed at length the idea that westerners often discard local information because they assume it is inferior to other more “modern” practices. In the Global North, we often think about technology for innovation, and we neglect to understand how people living in rural settings may think about technology as it relates to functionality or the systematization of social activities. Rural populations around the world take part in “innovative self-sufficiency” — an occurrence that involves the process of problem-solving rather than innovative thinking.

As the divide between technology for innovation and technology for self-sufficiency grows, there continues to be a growth in the migration from rural to urban spaces. Young people around the world are choosing to migrate from their rural hometowns to urban cities because they want to be close to modernity and have more of an infrastructure that includes power, transportation, and water, and development organizations are responding to this. A great number of development programs are focusing on cities because they think they can have more of an impact there, and rural areas are being left further and further behind as young people forgo indigenous knowledge and strive instead for efficiency.

In response to urban migration, and the focusing of development projects on these area, professional educators and engineers like Ann-Perry Witmer have been trying to educate young engineers about working in rural spaces. Witmer concluded by stating developers should strive to move past awareness and attestation towards assimilation. With awareness, you are made aware with superficial knowledge. With attestation, you are reacting in response to base-line personal experiences and often get too comfortable with your own knowledge. But with assimilation, you are able to lift away your own value-system and understand needs, expectations, and things outside your own mindset. Whereas awareness enables you to identify a problem and attestation provides you with further context and experience, assimilation cultivates an environment where barriers and preconceived notions can be lifted so that new perspectives can be understood.

For more information relating to this talk, visit the libguide created for this event. It can be found here.