Separation of Powers and Legislative Organization: The President, the Senate, and Political Parties in the Making of House Rules 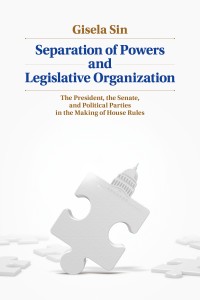 My book Separation of Powers and Legislative Organization: The President, the Senate, and Political Parties in the Making of House Rules (Cambridge University Press) examines how the constitutional requirements of the lawmaking process, together with factional divisions within the parties, affect the distribution of power within the House. 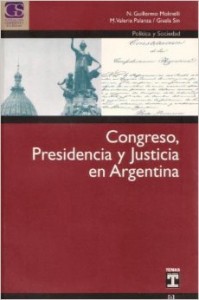 The objective of Congreso, Presidencia y Justicia en Argentina, co authored with Guillermo Mollinelli and Valeria Palanza, is to provide scholars with ample quantitative information along with in depth analysis concerning the legislative, executive, and judicial branches of government in Argentina (1862 to 1998) from a historical perspective.

“Item Vetoes and Attempts to Override Them in Multiparty Legislatures.” 2013. Journal of Politics in Latin America 5, 1 (May): 37-66. (with Valeria Palanza)

“How the Senate and the President Affect the Timing of Power-sharing Rule Changes in the US House.” 2013. Journal of Law, Economics and Organization 29, 6 (December): 1184-1216. (with Arthur Lupia)

“Were Bush Tax Cut Supporters ‘Simply Ignorant?’ A Second Look at Conservatives and Liberals in ‘Homer Gets a Tax Cut’”. 2007. Perspectives on Politics 5, 4 (December): 773-784. (with Arthur Lupia, Adam Levine and Jesse O. Menning)