We acknowledge and appreciate current funding from the Air Force Office of Scientific Research for this effort.

Where do ultracold polar molecules fit in the context of quantum information science (QIS)? Will long-lived and largely noise-insensitive rotational states provide the ideal starting point for qubits? Will the comparatively low interaction rates be too big a hinderance to overcome for large-scale computing? Our research is aimed at expanding the toolbox for ultracold polar molecules as well as providing insight to where molecules fit in the QIS arena that is predominately comprised of ions, photons, superconducting circuits, and Rydberg atoms.

Expansion of the toolbox for ultracold molecules

With a few notable exceptions, the complex internal structure of molecules prohibits the use of one of atomic physics’ favorite measurement tools: florescence/absorption imaging. Consequently, detecting the presence of molecules has relied on disassembly of the molecules and imaging its constituent atoms. In our most recent publication we have presented a technique to nondestructively measure rotationally excited molecules based on their natural birefringence. 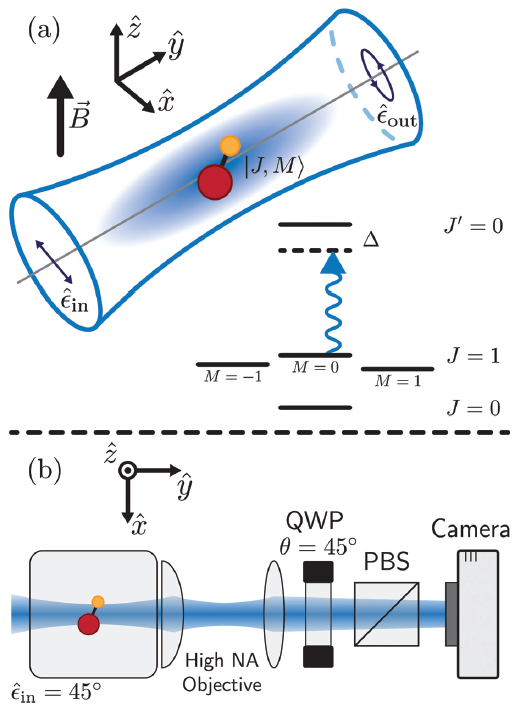 Our proposed imaging scheme to measure the polarization change on light that off-resonantly couples a rotationally-excited molecule to a higher lying excited state. 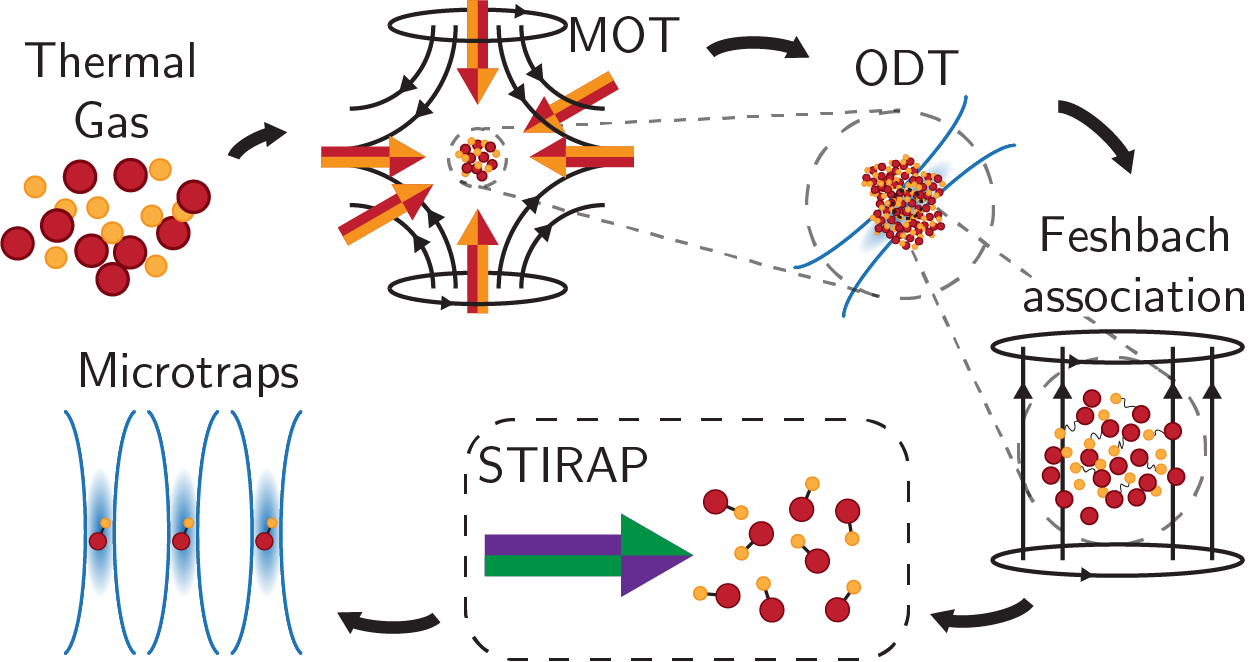 Cartoon diagram of the experimental sequence.

We have an active experimental effort with aims to individually trap NaRb molecules in an array of optical tweezers. The experiment has sodium and rubidium in overlapping magneto-optical traps and is currently optimizing loading into an optical dipole trap for further cooling and molecule assembly.

Ultracold polar molecules have additional promise outside the realm of quantum information science. In this publication we show how dipolar spin Hamiltonians (such as in polar molecules or Rydberg atoms) can be mapped to a quantum link model and therefore provide insights as an analog quantum simulator to answering questions in high-energy physics. 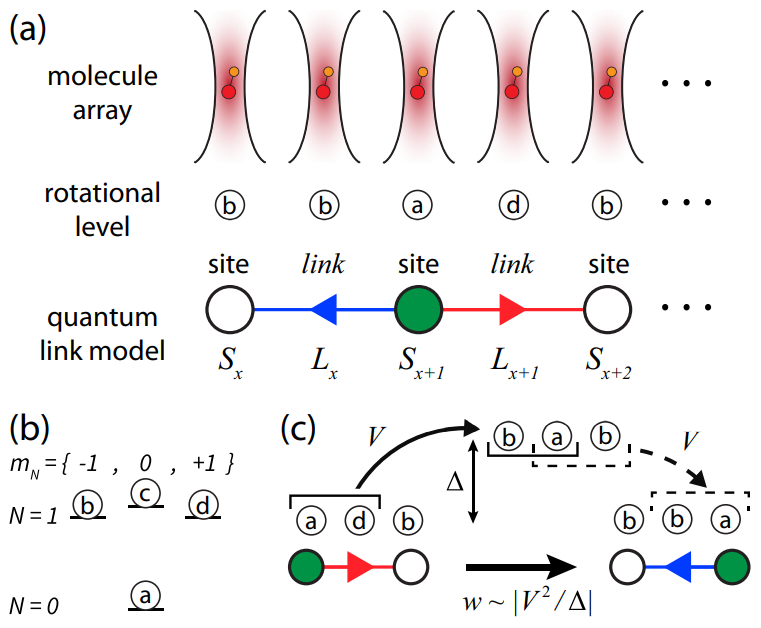 Mapping the rotational states of individually trapped molecules to a quantum link model.