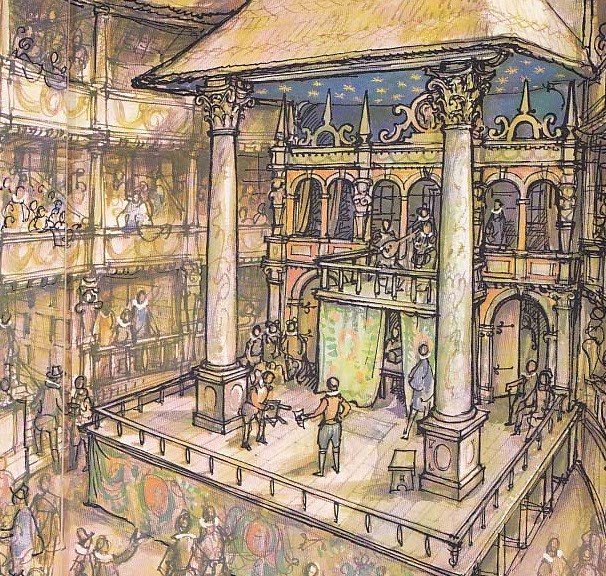 “A Local Habitation and A Name”: Locality and the English Theatre

A Graduate Student Conference at the University of Illinois at Urbana-Champaign, ACES Library

According to William Shakespeare, it was the job of the poet to identify “the forms of things unknown,” turning “them to shapes” and giving “to airy nothing a local habitation and a name.” The purpose of artistic creation was to render accessible—to provide a concrete sense of space and cultural specificity—those abstract ideas on the periphery of experience. The Early Modern Reading Group (EMRG), a graduate interdisciplinary reading group in association with the Illinois Program for Research in the Humanities at the University of Illinois, is seeking submissions for a conference on the intersections between locality and theatricality in English theatre.

The conference will engage with the idea of locality as both referring to geographically specific sites that the theatre conjures and interrogates, as well as the theatre itself as a historically inscribed site for cultural production. What does literary criticism look like when we organize it around marketplace forces other than the author? How do the traces of original performance spaces complicate our understanding of courtly or popular plays? Taking into account the recent scholarly trend toward the porous rather than static nature of early modern performance locales, how might we re-envision the network of stewes, bearbaiting and cockfighting arenas, playhouses, the Inns of Court, and inn-yards in which theatre took place?

We welcome papers that examine how early modern playwrights, discrete collectives such as the playing companies, and, more broadly, English culture grappled with these questions within a series of related realms—e.g., theatre history, repertory studies, cultural studies and identity politics. Topics might include:

The conference will include a performance of The N-Town Plays, hosted by the Medieval Studies program in the Department of English.

Those working in the Medieval, Renaissance, Restoration, and Eighteenth-Century periods or performance studies in general are encouraged to submit an abstract up to 250 words to the conference organizers, Elizabeth E. Tavares (tavares1@illinois.edu) and Carla B. Rosell (rosell2@illinois.edu), by 1 March 2015. Participants will be notified no later than 15 March. Click here to download a PDF of this call-for-papers.

Focusing on the early modern archive, the EMRG will read a generically-circumscribed set of texts curated to recreate their potential intertextualities and interrogate literary canonicity. Participants meet monthly to discuss one primary text and secondary readings, generating a conversation to result in a research symposium. Click here for this year's theme.