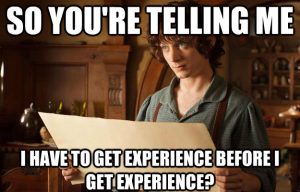 The conundrum is not as cruel as it appears, though.

1. These expectations may be overstated. You usually find the expectations for prior experience in the “requirements” or “qualifications” in a job ad. It’s usually a separate section at the bottom of the ad listening all the things the ideal candidate for the job will have or be able to do. Many END_OF_DOCUMENT_TOKEN_TO_BE_REPLACED

Melissa Martinez, the Diplomat in Residence for the Midwest from the Department of State, was here on campus earlier this week to talk about careers in the foreign service. Ms. Martinez spoke frankly about the challenges of a diplomatic career: accommodating the careers and needs of spouse and children, physical danger, difficulties staying in touch with family and friends, sometimes inconvenient and uncomfortable working conditions. She emphasized that it is not the glamorous, urbane life often depicted in the media. However, she also stressed the rewards of the job: the opportunity to travel, a career path that can span continents and offer new opportunities to learn, the support provided for relocation and family/household needs (including language training, health care, and mentoring), and above all, the opportunity to make a difference while representing your country. END_OF_DOCUMENT_TOKEN_TO_BE_REPLACED 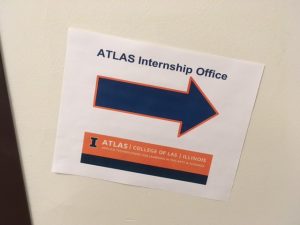 Recently we had the chance to talk to some staff and interns of ATLAS about internships. The conversation provided us with valuable information about internship opportunities at ATLAS, application procedure, the possibility of continuing internships for more than one semester, and the prospect of transition from unpaid internships to paid positions.

How do you invite internship applications? Do you advertise them or do you accept applications throughout the year?

We invite applications year round, as we constantly have new positions coming in, and have started interns at mid-semester in the past. We also do specific calls f 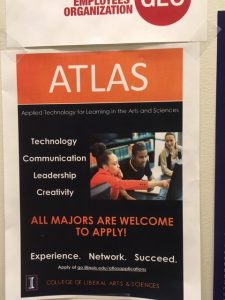 or applications if we have a position that needs filled and we don’t have applicants that fit that position.

END_OF_DOCUMENT_TOKEN_TO_BE_REPLACED 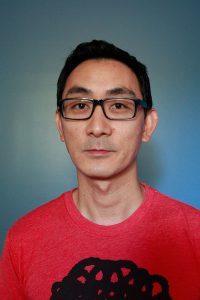