Students ask me a lot about networking. Everyone knows they need to do it. No one quite knows what it is. Many people are pretty sure they’re not going to enjoy doing it. They often seem to be imagining a scenario like this Kids in the Hall sketch:

For a more positive, accurate, and relevant account of how networking really happens, read this article from Poets & Writers, “The Business of Relationships: How Authors, Agents, Editors, Booksellers, and Publicists Work Together to Reach Readers.” One of the authors profiled here is the U of Illinois’s own Prof. Nafissa Thompson-Spires. Her story of getting Heads of the Colored People published starts with “I ran into an old colleague” and ends with her editor’s 20-year connection to a bookseller in Seattle. The other stories are similar. People like to work with people they know. Networking is how you make use of that phenomenon.

Here are a few things to know about networking.

Here are those five key points in more detail. 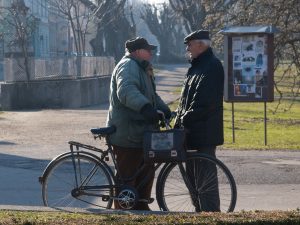 “Networking” is just a shorthand term for any combination of

You don’t need a whole new personality to “network” — you take the capacity you already have to connect with other people and apply it more broadly. Networking is a continuation of every other kind of social interaction you ever have.

It’s easy to start by asking people you already know questions that don’t come up in the course of ordinary socializing (“Hey, Uncle Joe — what made you decide to start working for the US Postal Service?”) and finding ways to talk out to people beyond your usual circles and situations (“So what do you do for a living? What do you like about it?”).

2. If it feels slimy, you’re doing it wrong. 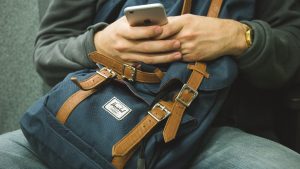 Many people assume that if you’re doing those things and calling it “networking,” then you’re making new friends and building relationships in a narrow, opportunistic, and self-serving way. No. Trust your gut and reach out to people in a way that feels consistent with the person you want to be. The most effective networking is open-ended.

The Kids in the Hall-esque scenario most people envision, where you put on a suit and “network” and magically a job offer sppears somewhere down the line, is NOT how networking happens.

Here’s a more probable scenario: maybe you decide as you approach graduation that what you really want to do is manage social media at Medium-Sized-Company-Z, which is located in the Small City that you want to move to. If you’ve previously sought  advice and information about careers in social media, then you’ve got a network to tap. You can call or email the people in your network and ask:. How would they suggest that you approach MSCZ?

It’s a connection like one of these that will ultimately get you hired somewhere. It’s a long game, though, building these kinds of relationships. Start early. Now is good.

3. It’s good to ask for information, not a job 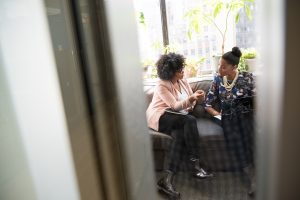 The payoff for creating a networking relationship may be a long way off — so you have to think about networking in a very open-ended and nontransactional way. Often good networking starts by asking for information:

The answers you get to these kinds of questions may make it clear to you that you don’t want to do what your networking contact does — but that doesn’t mean it’s the end of the relationship. People change jobs, they have insight into other parts of the industry they work in, or they may be interesting entirely independently of what they do for a living. There are lots of reasons to maintain a connection. It’s all good.

4. It always goes both ways. 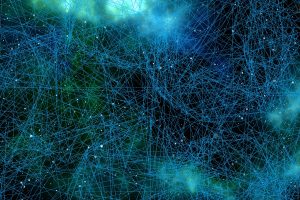 Consider the metaphor behind the word: a “network” goes in multiple directions. When you connect with other people, they always connect with you. As part of a “network,” you are always giving as well as getting. This point may seem completely counter-intuitive when you, as an unemployed student, reach out to established professionals, but it’s still true. I hear all the time from alumni mentors about things they learn from the students they talk to — insights into the entry-level end of their industry, information about how millennials/Gen-Z are using media, a better understanding about how expectations around college have changed. It’s also the case that most people like talking about themselves and sharing their hard-won advice or expertise. When you listen closely to someone (and even more when you let them know that what they’re telling you is going to make a difference in your life), you are giving them something.

You, too, have connections. Sooner than you think, it will occur to you that your roommate’s parents work in a field that your other friend is curious about, or that your classmate might be a great candidate for the internship you just completed.

The world is full of interesting people doing all kinds of important things. If you’re coming to this site for advice, you’ve probably only just started exploring the possibilities out there. The more opportunities you have to connect with people, hear their stories, ask for their insight, the bigger your world becomes. Every conversation will help you better understand what is out there. You are going to grow and change (and so will the people you talk to) and it’s impossible to game which connections will matter and which ones won’t. I recently passed along a job opportunity that came my way via an old college friend. Neither of us had any idea in college that 20+ years later we’d be doing the jobs we have now — even less idea that we’d be in a position to help each other out. Yet here we are. 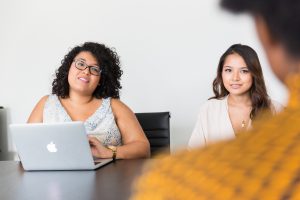