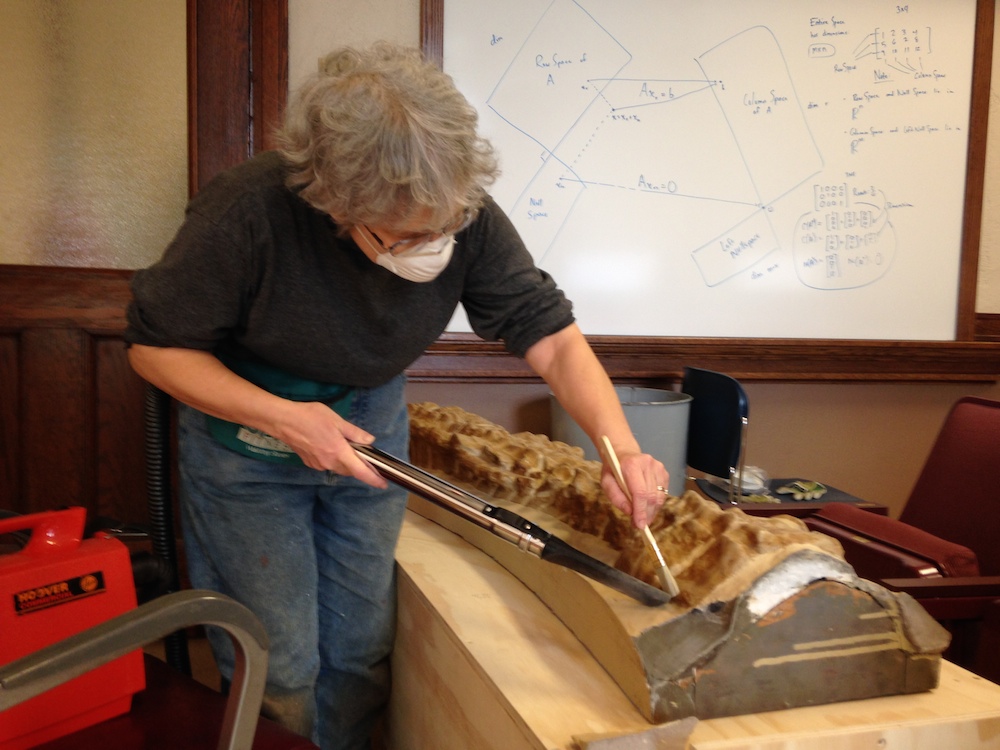 When we removed the fossil cast of a plesiosaur (a large marine dinosaur) from the wall of the Natural History Building at the University of Illinois, I had the unenviable task of brushing and vacuuming a century’s worth of dust from the pieces. The 30-foot cast is composed of 7 separate sections: head, body, tail, and four flippers.