I have learned so much about digital making this semester! I’m going to break down some of the main things I learned, then talk about what this experience means to me as well as what I plan to use this knowledge for in the future. 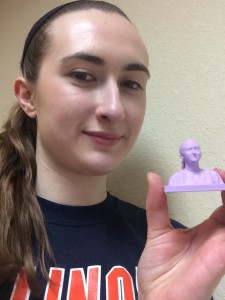 One of the first things I learned this semester was 3D printing and scanning, which makes sense since our class was held in the Maker Lab. We were introduced to the many sources to find 3D printable files, the software to edit files, and then how to print the files.

The first thing I edited and printed myself…was myself! We learned how to use a scanner that was very easy to use, then got to edit it however we liked. I went with a simple stand to create a bust of myself.

I later printed many objects including detailed jewelry, a candle holder, and a brain. 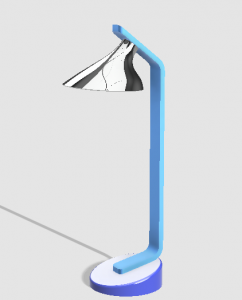 The next thing I learned about in class was how to create 3D objects in a software called Fusion 360. It is a way to make 3D designs into almost anything imaginable. It is quite complicated to learn, but once you understand some of the basic functions the possibilities are endless.

I followed the in-class tutorial to create a lamp and also tried to make some other objects outside of class including headphones. I’m not sure I will be using Fusion 360 beyond this semester, but I know it is available to me if I have a use for it. 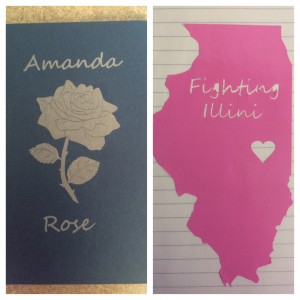 The first week in the Fab Lab I was introduced to InkScape and learned how to edit images in order to create amazing things. I first used a laser cutter to engrave a journal. I also used an electronic cutter to cut out a vinyl sticker.

I had a lot of fun making both of these items. I was able to use InkScape in other projects as well this semester including the digital embroidery patch below. 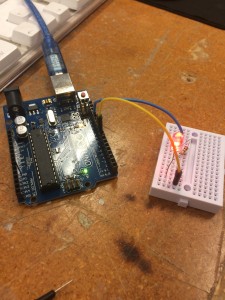 The second week in the Fab Lab I got to learn about Arduinos. I used the Arduino Uno and we were given basic items to get started on our learning. I followed online tutorials to run programs like the basic blink and fade, then added in an LED.

I also got to learn about different types of sensors that can be used with Arduinos. I was able to use this in the CU Make-a-thon in my group project for the semester to create a pillbox for the elderly that senses when you take a pill out of the container. 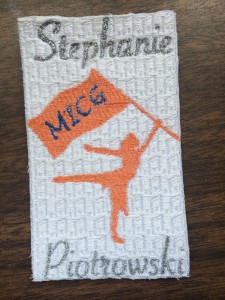 The last week in the Fab Lab I learned about digital embroidery. I had created a design in InkScape in preparation for class because I wanted to make a gift for my roommate’s birthday, so I got to focus on learning how the process works rather than designing.

I chose different patterns for each part of the design then threaded the sewing machine and watched the magic happen. I was amazed by how accurate the stitches were.

This project, as well as all of the others mentioned above, can be found with more details on my previous blog posts: http://publish.illinois.edu/digitalmaking/author/arkowal2illinois-edu/

This class taught me so much about the world of digital making. I am very grateful for the experience and I wish I could take this class again next semester.

I started in the class having no idea what I was getting myself into. I didn’t know anything about 3D printing or other digital making technologies. Also, I didn’t know about the other digital making spaces that are around campus. I was amazed from all of the information I learned in the first few class sessions. The scope of the technology that exists is so far beyond what I initially imagined.

Now that I have completed the course I can say that I am much more aware of what is available to me and have a better insight into the digital making world. And I have loved sharing my learning with my friends and family.

I plan to return to the Maker Lab and the Fab Lab next semester to teach my sister (an incoming Freshman) all about what I have learned this semester. Hopefully we can learn even more together. I look forward to exploring deeper into the technologies I learned about and beyond. I can’t wait to see all the projects that can come out of it!

I encourage everyone to try out digital making in any or all of its forms because the technology is useful to anyone no matter the age, gender, ethnicity, or interests. The digital making world welcomes all makers, no experience necessary!

Any questions about my projects or experiences in this class can be directed to my email arkowal2@illinois.edu or message me on twitter @ARoseK10.