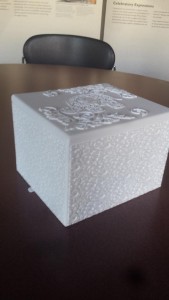 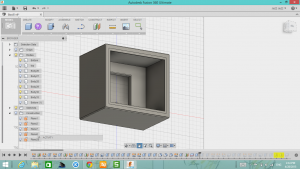 After finishing the most technical part of modeling the heart in Mathematica, I start to make my box.

I used Fusion 360 to model the box, as I was then able to control exactly what I want for different dimensions of the box.

The box also has a lower layer. It is used to hide Arduino and battery. I also make a hold at the bottom of the heart, in order for a LED light to go in.
The Arduino part of my project, I used a PIR sensor, so when people approach the box or when people open it, the heart will be light up.

Another thing is the “fence” that’s built inside the box by a wall of hexagons, which created an empty space inside, was supposed to be used for planting. My original idea was to plant some moss in the box as a background. However, I haven’t found moss to plant there yet, so I used some dry pine tree leaves instead.

After this, I put them all together and my project is done! 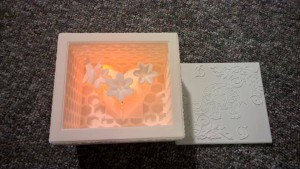 To print out the parts and make this box, you can go to my thingiverse page here:      http://www.thingiverse.com/thing:811267