It all started when I blissfully entered Vishal’s office through the MakerLab a year and a half ago. I had entered to clear my queries regarding queries (query-ception) for BADM 352 and was immediately puzzled by the weird shapes and objects placed all over the lab, instantly misinterpreting it to be a collector’s pad (with Vishal obviously the collector here). After my meeting with Vishal, I stepped back into the lab and it hit me that I had been living under a cave, there were printers that printed objects, yes, created objects, and there I was, wondering only a while ago why printing on both sides of one sheet was not cheaper than printing out two sheets. I soon followed up with Vishal during the expo for the ‘Making Things’ class and signed myself up for the DMS. That was they day my Digital Making experience began.

Unlike most classes, I did not know what to expect. Exams? Readings about printers? Learn a programming language? I did know one thing though, I wanted to know how this new technology was going to impact my life, both as a professional and as a person. Being a Supply Chain major, I was already curious as to how the ability to print objects would affect global supply chains. How can 3D Printing benefit a company like Boeing if a crucial piece of mechanical equipment could only be made in a lab in Germany could be made right where they wanted it, in Seattle? My questions were answered on the very first day of class, when two Wharton MBA grads spoke to us about the scope of ‘additive manufacturing’ for supply chain management, and I went on to write an article about our classroom discussion with them.

After that, the class followed a path through which I have come to realize the multiple stages of a product/object being printed, after all, the printer doesn’t make objects out of thin air, it needs a virtual model to make a physical one, and how do we create a virtual one? Either through CAD (Computer Aided Design and Drafting) software or through a scan of an existing object. My introduction to both these channels resulted in me gaining elementary proficiency in AutoDesk Fusion and just simple awe from watching a powerful $80,000 scanner in action taking thousands of individual pictures to generate a highly detailed virtual model of this awesome racing glove. Fusion can be frustrating if you try to learn it by yourself – I can say so as it was hard for me despite being coached in-part by the makers of the software itself. Attempts at building a water gun were demolished when I realized that creating a piston along the shaft that connects the tank to the trigger needs more design experience and patience that I didn’t have (but hope to achieve someday soon). While it was hard enough to use the software, imagining what went into the making of this software just makes me dizzy. 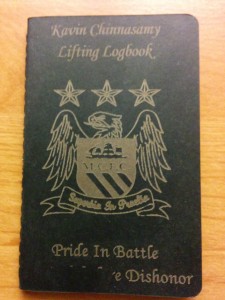 While there was definitely a lot more to be learnt in the CAD modeling area alone, the class moved in the direction of quantity over quality, which is necessary as going in-depth into a particular area like CAD modeling alone would need total devotion for an entire semester. FabLab (the place really is ‘fab’) sessions were my favorite part of the class, as it exposed us to new realms in terms of disruptive technologies. Laser Cutting and its many applications were great to learn about, although I would recommend being careful when placing a weight over notebooks to hold them in the laser tray, as you can see below, my weight placement led to part of my message being in-scripted elsewhere! Arduinos – the boards that weird pins stick of (or boards that you can plug sensors into and help save lives), were a unique concept to get acquainted with, while I didn’t get too far in one session, a team in my class developed a pill-box that sends out an alert if a patient has not taken their pills, just by sensing the weight of the box in relation to time! For the same event that the pill-box was made for, the team I was part of made a grip support brace, called the Gripping-Bean. It is meant to add girth to objects with thin handles so as to force its user to recruit more muscle fibers when holding said object. It can be really useful for people with hand tremors, people in substance rehab going through withdrawal effects and most importantly, for people with severe arthritis. 3D Printing allowed us to create prototypes and we had our first model printed within 4 hours of completing our CAD model. 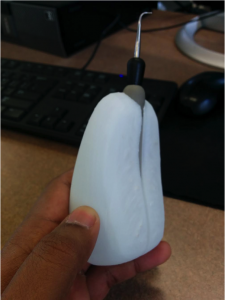 I am lucky in the sense that I will be working at a firm that values 3D Printing for its pending (and almost certain) impact on businesses of all kind. I did not have the time to take Deloitte University’s online course on 3D Printing, but I intend to do so over the summer and have a chat with it’s director, Mark Cotteleer, when I visit DU in the fall. I have come to view 3D Printing as more than just an interesting new technology after this class. I now see 3D Printing as a field in which I need to maximize my knowledge in order to make myself a more competent professional. When I joined Illinois, my ‘Business 101’ class section leader used to emphasize the need for graduates to be well versed with MS-Office applications as tech skills are crucial to career growth. A few years from now, I can see the DMS becoming a core requirement (like CS 105) for the College of Business and I am thankful to have been part of the first class. For me, DMS not only stoked a growing interest towards 3D Printing, it also taught me the importance of familiarizing oneself with new technology in order to be a more well rounded professional.