During the past two weeks, the class had been working different projects at Fab Lab. There were three assigned topics: Arduino, Digital Embroidery, and Laser Cutting. By the second week in the lab, the class switched to a new program and continued working with amazing staffs at the lab. My group transferred from using SewArt app to create patterns on fabric to design silhouette on materials like plastic, glass, and wood with Inkscape computer software.

Here is an example of making process of laser cutter. 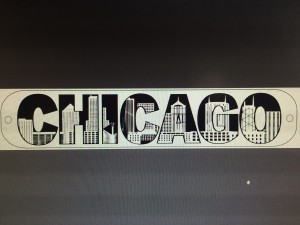 This is the final look of a design on Inkscape. The piece combines both characters and graphics. The entire designing stage begins from drawing patterns or using existing ones. Then, people may edit dimension, shape, background and so on with the software. Once the design has been set, it was ready to cut. 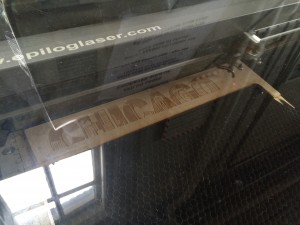 This shows how the piece was cut with eplloglaser. Before having the machine started, the class were told to turn on fans and gas in order to prevent fire. Laser begins moving and cutting from the left upper corner and it can be adjusted to other places when it is necessary. While laser machine is warming up, we may put materials at the original starting point. 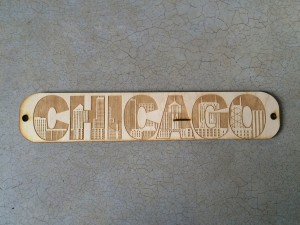 And, this is the completed piece. There was a hole on letter “A”, which was caused at the design stage. 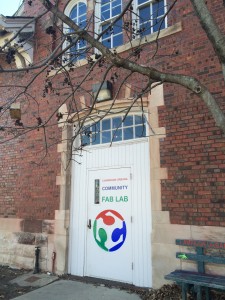 At my fist visit to Fab Lab, it took me a while to find out this entry.

During the weekends, there were two groups of students from our class attended Make-A-Thon event held by CU Maker. Jill and Kavin teamed up with me. We named the team JKLOL? Our project is a bean-like silicon grab helper that aimed to make life easier for the elder with weak  arm muscles. It took us a good amount of time to design, research, collect data, ask professional’s opinion, and finally have it printed. During the process, Jill first came out the idea and did both hand-drawing and computer modeling for the conceptual graphs. Kavin and I joined to the discuss and helped to solve problems. Moreover, Kavin visited Fab Lab back and forth several times to make sure that our model was printed and ready.

Following are photos I took during the Make-A-Thon activity. 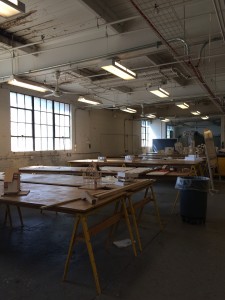 This is an inside look of one of the studios at Architecture Annex, which is next to Fab Lab. 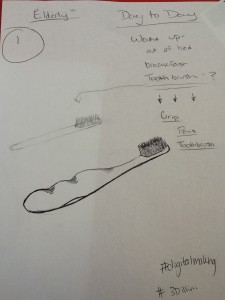 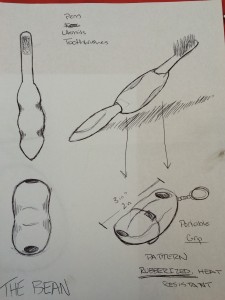 The above two are Jill’s hand drawing. It looks even better on the paper. 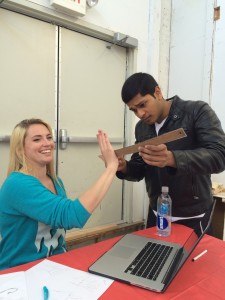 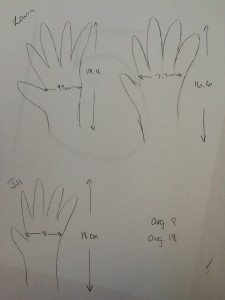 These two show the way we decided the measurement of our item. We started from collecting the size of each others’ hands. Then, we average the total. The results became the dimension of our first printout. 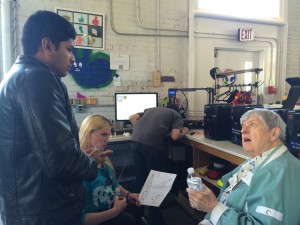 The last photo from left to right are Kavin, Jill and Dorothy. Dorothy is an expert of project design and materials choosing. Thanks for patiently listened to our presentation and answered our questions.

Overall, it seems like a week full of excitement, creativity, and work for everyone in the class.