This week we had a class at a wonderful place called FabLab. Essentially, FabLab is a maker place with many resources such as 3D printers, 3D scanners, sewing machines and many other cool things. As I understood, FabLab is divided into 3 sections: 3D printing, arts&crafts and electronics. 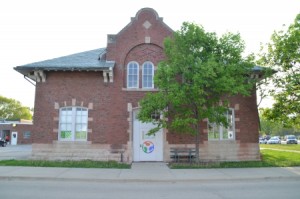 So, this time again I worked with arduino at the electronic section. This time I learned two very cool things that can be done with arduino. First, I learned how to install a sensor chip. I made a light bulb to turn off when I cover the sensor and turn on when I don’t cover the senser. The second feature of arduino that I learned was the sound. I installed a sound device on arduino which later I connected to a senser device. So, I was able to control the level of the sound by placing my hand closer or further from the sensor. 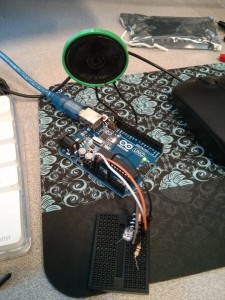 Next time at FabLab I am looking forward to try making something new. Hopefully will learn some skills that will be helpful for Make-a-thon and develop some ideas to get a head start.