Arduino is a tiny computer, which does what you tell him. You can use your computer to write some code that is later transferred to the Arduino via USB. The Arduino then runs your program. If you have ever written any kind of code, you won’t get into any trouble. If you have not, you will also be able to program your Arduino! The language is easy to understand and the coding application comes with lots of examples.

We started by writing code that blinks an LED. Yes, that alone is not very useful in “real life”, however, you could combine it with some other code … or some other Arduino parts! We added a light sensor and of course some code to the Arduino. We told the Arduino to turn on the LED when there was less daylight and turn it off again when we had more daylight again. 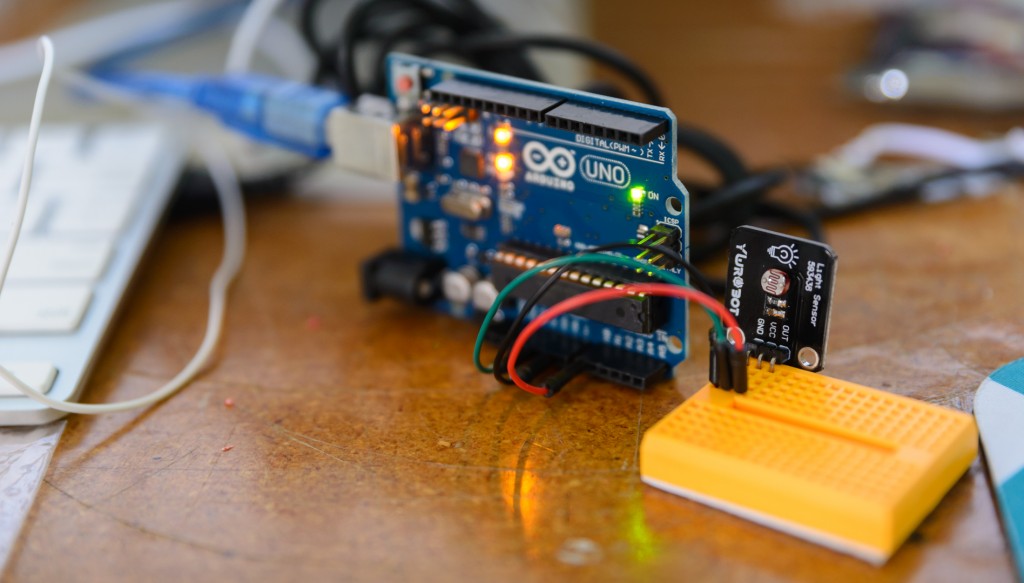 For me, the Arduino seems to be a powerful and useful device! I’m a fan (and user) of home automation devices like the Nest Thermostat. Maybe the Arduino will be the next nerdy device at my home 🙂

Here’s another inspiration what you could do with an Arduino! Found at http://www.engadget.com/2015/04/04/moon-phases/

One thought on “Arduino @ FabLab!”