A day in the life of Americans: a data comic 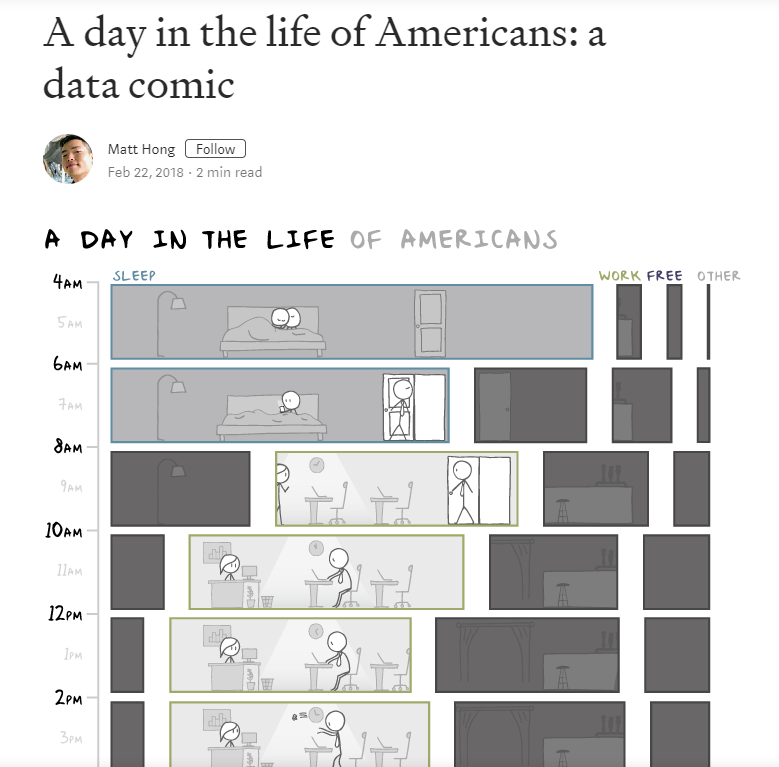 By illustrating the activity most Americans are doing at a given hour, Hong highlights what the average day looks like for an American worker.

Happy May, researchers! With the semester winding down and summer plans on the horizon, a lot of us are reflecting on what we’ve done in the past year. Sometimes it can be hard to determine what your daily routine looks like when you are the one doing it every day. Matt Hong created a cute and informative data comic about how we spend our time during the day, based on data from the Census Bureau. Check out Hong’s Medium page for more data comics.

What Qualifies as Middle-Income in Each State

The distribution of middle-income for households made up of four people.

Nathan Yau at Flowing Data created an interesting chart that shows the range of income that is considered “middle-income” in each state and the District of Columbia in the United States. The design of the chart itself is smooth and watching the transitions between income ranges based on number of people in the household is very enjoyable. It is also enlightening to see where states fall on the spectrum of what “middle-income” means, and this visualization could be a useful tool for researchers working on wage disparity.

When People Find a New Job 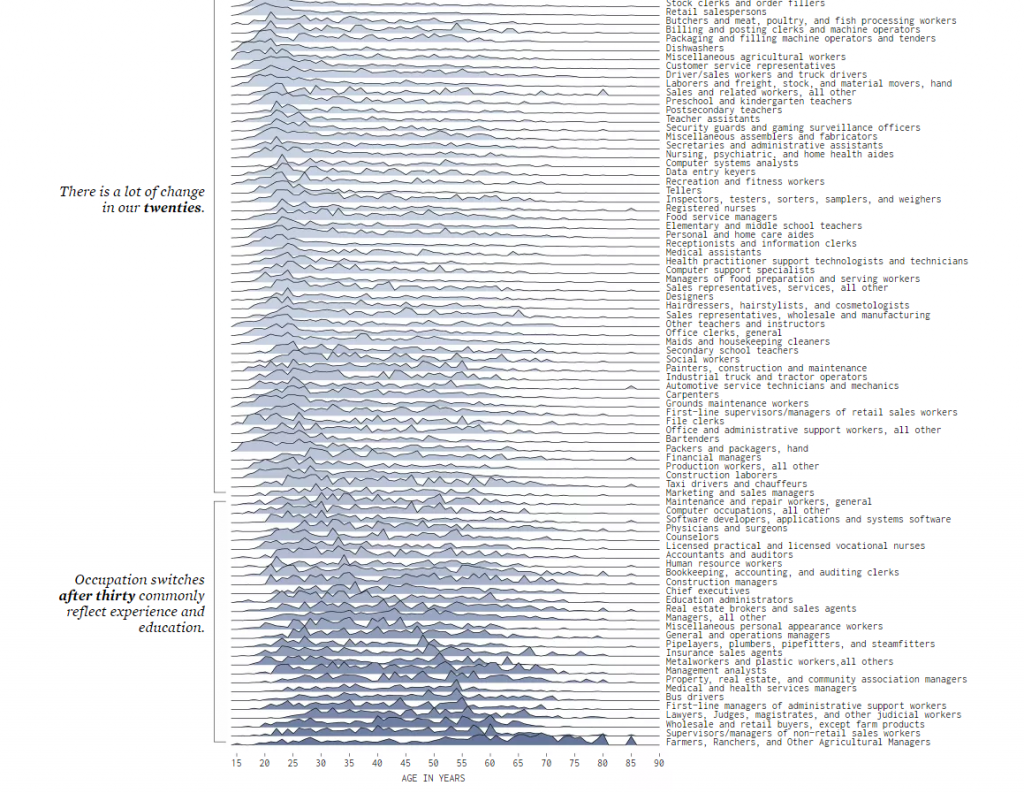 The bottom of the chart shows jobs that people transition into later in life.

The end of the semester also means a wave of new graduates entering the workforce. While we extend our congratulations to those people, we often inquire about what their upcoming plans are and where they will be working in the future. For some, that question is straightforward; for others, a change of pace may be on the horizon. Nathan Yau of Flowing Data also created a frequency trail chart that shows at what age many people change career paths. As Yau demonstrates in a bar chart that accompanies the frequency trail chart, the majority of job switches happen early and late in life, a phenomenon which he offers some suggestions for. 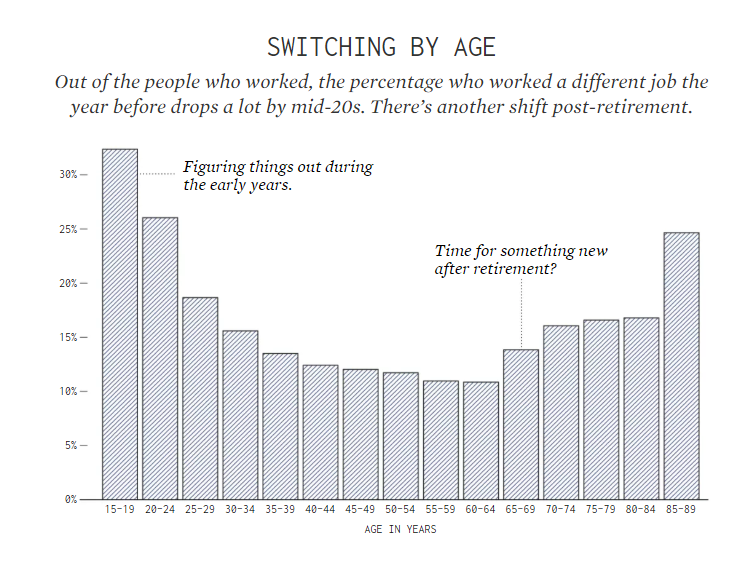 The peak at the “older” end of the chart indicates some changes post-retirement, but also makes you wonder why people are still finding new jobs at age 85 to 89.