The opinions presented in this piece are solely the author’s and referenced authors. This is meant to serve as a synthesis of arguments made in DH regarding transformation.

How do data and algorithms affect our lives? How does technology affect our humanity? Scholars and researchers in the digital humanities (DH) ask questions about how we can use DH to enact social change by making observations of the world around us. This kind of work is often called “transformative DH.”

The idea of transformative DH is an ongoing conversation. As Moya Bailey wrote in 2011, scholars’ experiences and identities affect and inform their theories and practices, which allows them to make worthwhile observations in diverse areas of humanities scholarship. Just as there is strong conflict about how DH itself is defined, there is also conflict regarding whether or not DH needs to be “transformed.” The theme of the 2011 Annual DH Conference held at Stanford was “Big Tent Digital Humanities,” a phrase symbolizing the welcoming nature of the DH field as a space for interdisciplinary scholarship. Still, those on the fringes found themselves unwelcome, or at least unacknowledged.

This conversation around what DH is and what it could be exploded at the Modern Languages Association (MLA) Convention in 2011, which featured multiple digital humanities and digital pedagogy sessions aimed at defining the field and what “counts” as DH. During the convention Stephen Ramsay, in a talk boldly title “Who’s In and Who’s Out,” stated that all digital humanists must code in order to be considered a digital humanist (he later softened “code” to “build”). These comments resulted in ongoing conversations online about gatekeeping in DH, which refer to both what work counts as DH and who counts as a DHer or digital humanist. Moya Bailey also noted certain that scholars whose work focused on race, gender, or queerness and relationships with technology were “doing intersectional digital humanities work in all but name.” This work, however, was not acknowledged as digital humanities. 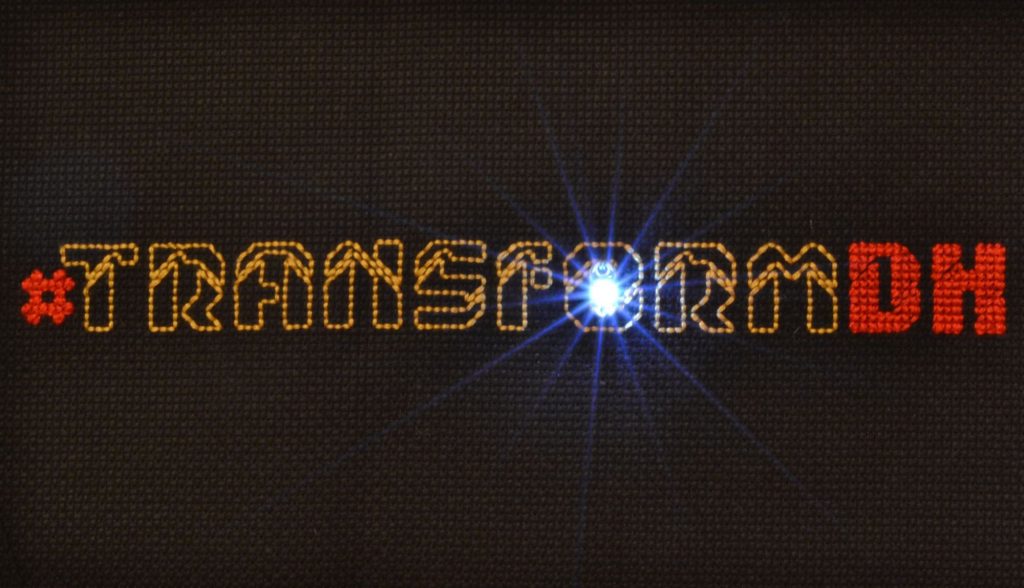 To address gatekeeping in the DH community more fully, the group #transformDH was formed in 2011, during this intense period of conversation and attempts at defining. The group self-describes as an “academic guerrilla movement” aimed at re-defining DH as a tool for transformative, social justice scholarship. Their primary objective is to create space in the DH world for projects that push beyond traditional humanities research with digital tools. To achieve this, they encourage and create projects that have the ability to enact social change and bring conversations on race, gender, sexuality, and class into both the academy and the public consciousness. An excellent example of this ideology is the Torn Apart/Separados project, a rapid response DH project completed in response to the United States enacting a “Zero Tolerance Policy” for immigrants attempting to cross the US/Mexico border. In order to visualize the reach and resources of ICE (those enforcing this policy), a cohort of scholars, programmers, and data scientists banded together and published this project in a matter of weeks. Projects such as these demonstrate the potential of DH as a tool for transformative scholarship and to enact social change. The potential becomes dangerously disregarded when we set limits on who counts as a digital humanist and what counts as digital humanities work.

For further, in-depth reading on this topic, check out the articles below.