Note from Megan Ozeran, Data Analytics & Visualization Librarian: It’s been a pleasure sharing data visualization news with you over the last seven months. Now, I am excited to announce that one of our awesome Graduate Assistants, Xena Becker, will oversee the Exploring Data Visualization series. Take it away, Xena! 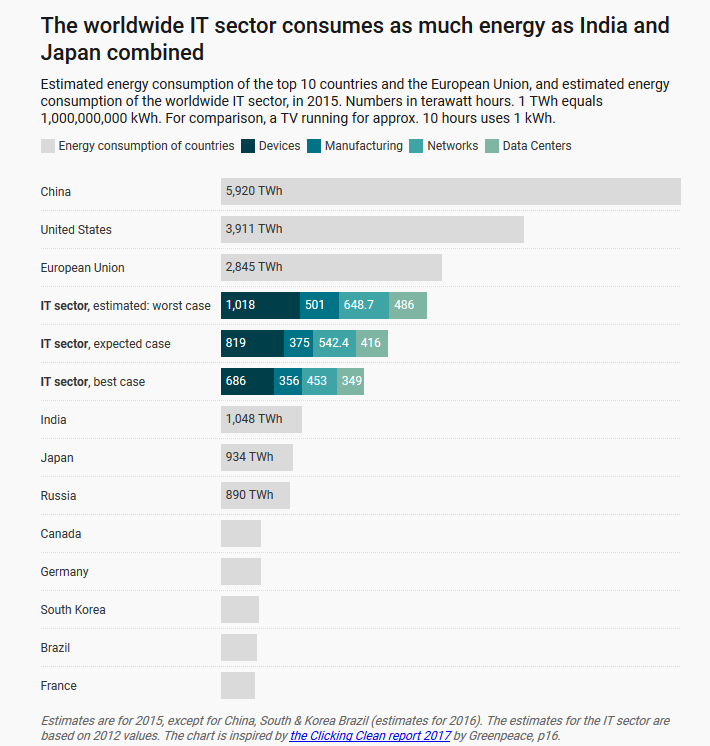 1) The amount of energy required to make electronic devices and information centers run on a daily basis is significant—but just how much energy is used worldwide? Lisa Charlotte Rost used the principles from Alberto Cairo’s the truthful art to design and explain the choices behind a chart showing worldwide IT energy consumption.

2) Crazy Rich Asians was a box office hit this summer, gaining attention for its opulent set design and for being the first film to feature Asians and Asian Americans in most of the leading, directing, and other production roles since the 1990s. The New York Times used the opening of the film to write a report on Asian immigration and wealth disparity in the United States. Junkcharts wrote up a breakdown of the data visualizations used in the report, noting what the NYTimes did well and what areas could be improved in their representations. 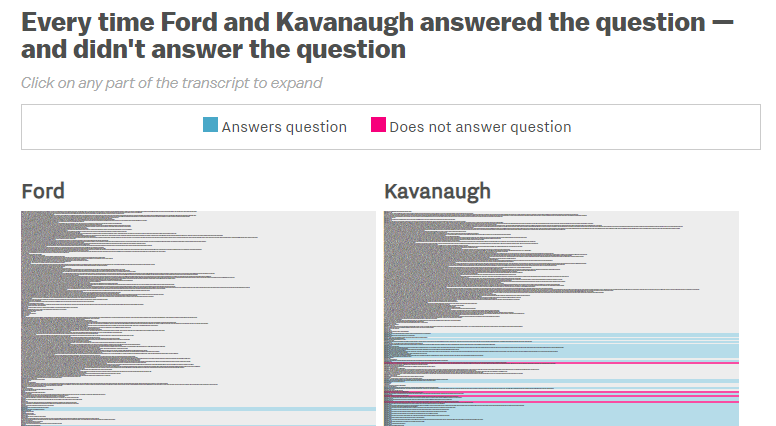 The graphic incorporates the transcript to indicate what questions were answered or left unanswered.

3) The news cycle has been dominated by the confirmation hearing of Supreme Court nominee Brett Kavanaugh, who has been accused to sexual assault by Dr. Christine Blasey Ford. Vox created a simple but impactful chart that shows every time Ford or Kavanaugh answered (or did not answer) the question they had been asked.