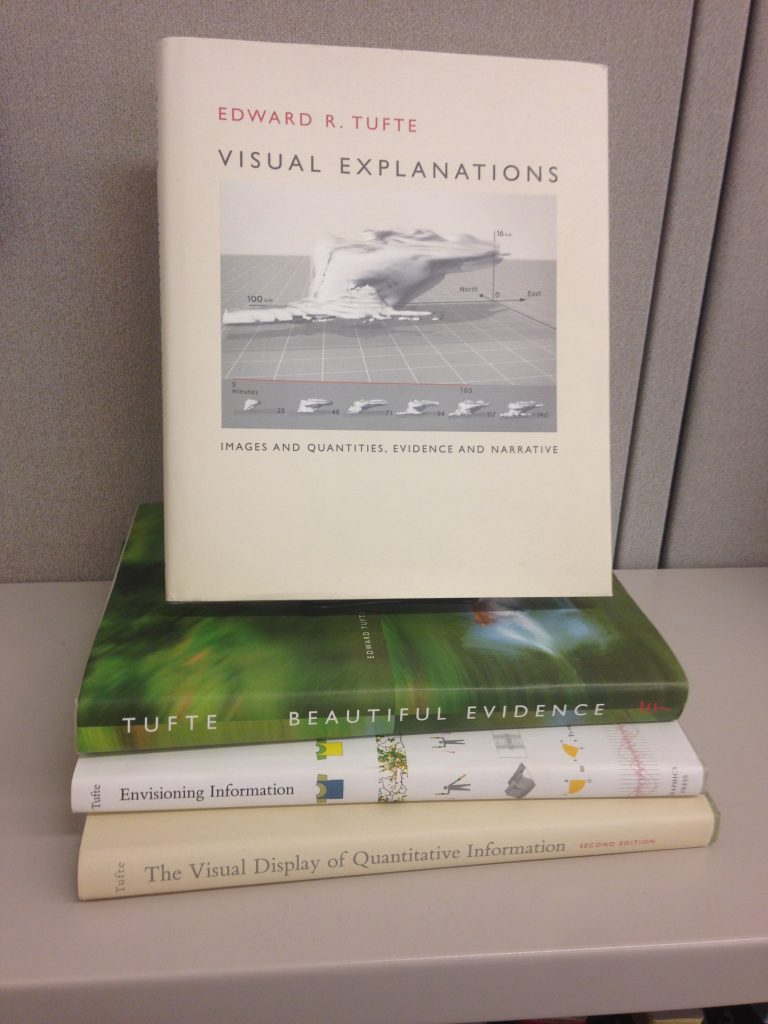 I recently read Visual Explanations: Images and Quantities, Evidence and Narrative by Edward R. Tufte. This is one of the books available for perusal in our Scholarly Commons non-circulating library. Books from our non-circulating library can be read in the Scholarly Commons, but not taken out of the room. There are four other copies of this book in the University of Illinois library system; though, at the time of writing, all other copies are checked out. So, while you cannot check our book out, you’ll always know that it’s there!

A bit about the author: Edward Tufte received his Ph.D. in political science from Yale University and taught at Princeton and then Yale, where he is currently a Professor Emeritus. He taught courses on statistical graphics, information design, and research methods among others.[i] In 2010 President Obama appointed Tufte to the Recovery Independent Advisory Panel “to advise stimulus board officials on how to better explain the complexities of the economic stimulus to the general public.”[ii] Tufte is also an artist and has a tree farm and sculpture garden in Connecticut.

I was fascinated by Visual Explanations right away. At the beginning Tufte spotlights two instances of displaying and analyzing quantitative evidence with real-world, life-or-death consequences. The first is the successful mapping of an 1854 cholera epidemic in London by Dr. John Snow that led to the discovery that cholera spread through contaminated water. The second is the weak, unconvincing presentation of data that failed to convince NASA to postpone the Challenger Space Shuttle launch in 1986 and led to deaths of 7 astronauts when the shuttle exploded. I have no background in data visualization and so had never even thought about how the arrangement of a chart can misrepresent information, and in some cases have such dire consequences. The examples that he chose to illustrate his points were gripping, and the book is extremely well-written and easy to understand.

One of the reasons this book was so pleasant to read is that the author has a personality, strong opinions, and a sense of humor! I actually laughed out loud while reading this book. One of my favorite parts was from the chapter on visual confections, which Tufte describes as a reassembling of many visual components, both real and imagined, to tell a story or illustrate an argument. Here is one of Tufte’s examples of a failed confection: 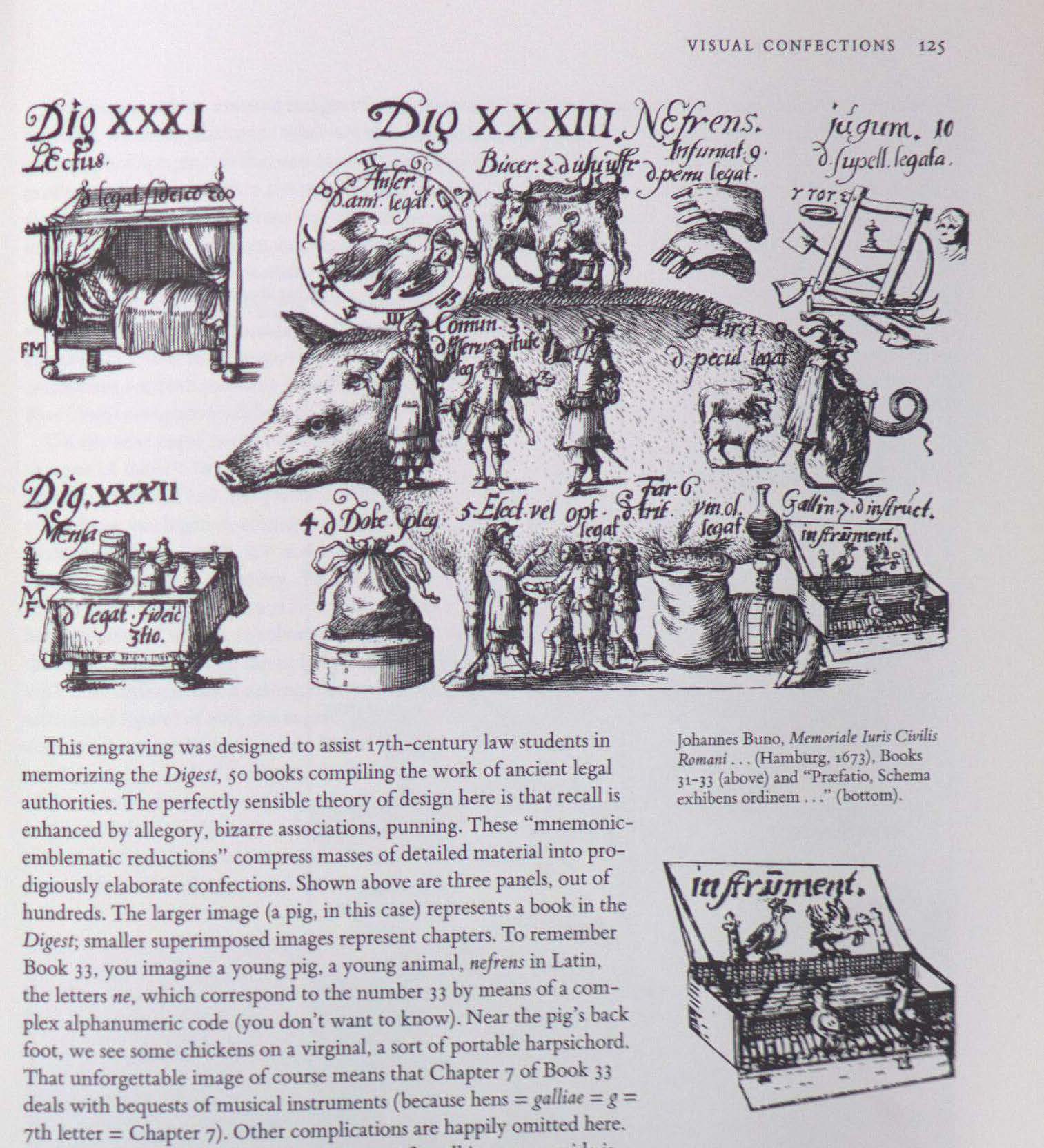 Visual Explanations is also just a plain beautiful book. Tufte self-published all his books because he wanted control over their design. He states in the introduction to Visual Explanations, “These books are meant to be self-exemplifying: the objects themselves embody the ideas written about. Enchanted by the elegant and precise beauty of the best displays of information, and also inspired by the idea of self-exemplification, I have come to write, design, and publish the three books myself.” I didn’t know when I started reading it that this is the third in a series of books about data visualization that Tufte has written. We have all (now four) of his books here at the Scholarly Commons and I am definitely looking forward to reading the rest of them.