The symposium will be gathering experts in Bilingual Acquisition, Sociolinguistics and Speech Processing Systems who will be presenting their most recent work and will be conducting a Panel Discussion relating to each other’s fields. 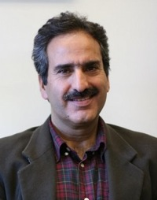 Prof. Coupland is a sociolinguist with a focus on the interaction between language and processes of globalization.  His work in bilingualism has been noteworthy – particularly within the developing interdisciplinary field of linguisticlandscapes.  He has contributed significantly to the field of sociolinguistics through research, as well as the editing of a number of significant works including Wiley-Blackwell’s The Handbook of Language and Globalization, winner of the British Association for Applied Linguistics book prize in 2010.