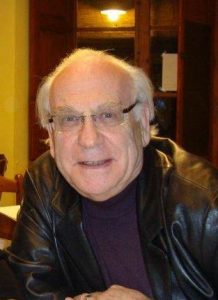 He graduated from Trinity College, Bristol, England, and holds a doctorate from the Rijksuniversiteit, Groningen, the Netherlands. Dr. Leaver is a past president of both the Internationale Arbeitsgemeinschaft für Hymnologie and the American Bach Society.

He is the author of numerous books, articles entries in reference works in the cross-disciplinary areas of liturgy, church music, theology, and hymnology, published on four continents, with significant contributions to Luther, Schütz and Bach studies. Recent Bach publications include: Exploring Bach’s B – Minor Mass (Cambridge University Press, 2013), which he co-edited with Yo Tomita and Jan Smaczny; articles in the Bach-Jahrbuch (2013); a chapter in Bach and the Organ: Bach Perspectives 10 (University of Illinois Press, 2016); and The Routledge Research Companion to Johann Sebastian Bach (Routledge, 2017), of which he is editor and primary author.